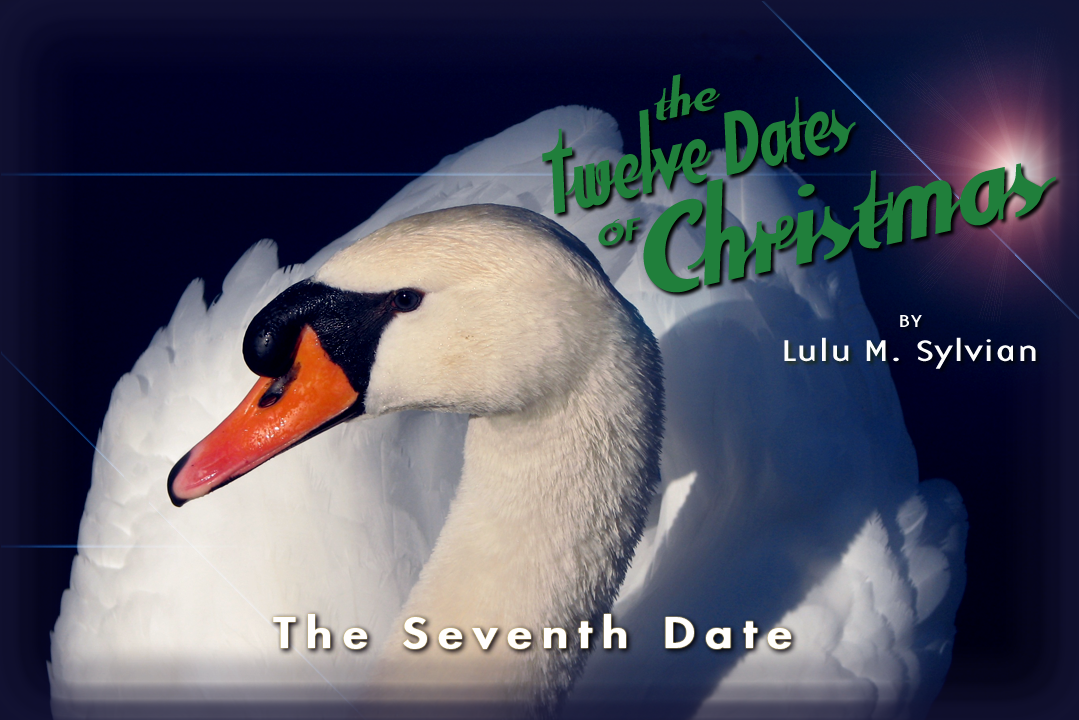 I dumped my bags in my cubicle and headed upstairs to see if Chris was in his office yet.

His hair stuck up in different directions, and if it wasn’t for the change of clothes, I would have sworn he had been at work all night. I tapped on the door frame.

He swung around with an exasperated sigh. Clearly expecting it to be a work related interruption.

Without a word he got up and grabbed me in for a bone crunching hug. As he held me I could feel him relax into the embrace.

“How long have you been here?” I stroked his hair, no not peanut butter. Maybe gold was the right color.

“I’ve been here since before six. But the good news is I should be done before four, so we can leave on time.”

“And how late were you here last night?” I asked.

“I was home and tucked into bed by midnight.” He smiled at me.

“So you crashed, and face planted fully dressed into bed at 11:59 right?”

“Pretty much.” He laughed. “Let’s go get some coffee, I could use a break.”

I sipped my coffee slowly as we headed back upstairs from the coffee shop in the lobby. The elevators were crowded, and neither of us felt awake or energetic enough to take the stairs up four floors. Chris walked me back to my cube. His eyebrows shot up when he saw my bags in my cube.

“Oh, I took Uber in. I figured it would be easier coming back on Monday to not have my car here.” I explained.

“Smart.” Then he kissed me.

We skipped lunch so Chris could get all the reports finished that he needed complete by year end.

At three forty-five, an exhausted sexy man showed up in my cube to sweep me away for the weekend.

We necked in his car in the parking lot for at least thirty minutes before leaving. I was breathless and giddy when we stopped kissing.

I watched the golden, water-starved hills pass the car window. That was close to the color of Chris’s hair. I sighed. Dead grass. Nope. It might be a great color, but it was the opposite of sexy. Dead grass hair. I couldn’t do that, Chris’s hair was sexy, it deserved better.

We left our bags in the car, and I followed him into the house.

A tall woman with similar bone structure to Chris came from one direction, and a slighter, smaller woman greeted us from another.

“You brought someone with you!” The taller of the two women exclaimed as she hugged Chris. She held out her hand to me. “I’m Pat. And this is Grace,” she said turning to introduce the smaller woman. Grace had the same eyes as Chris. I was confused. I swallowed down my surprise and smiled, and hoped I didn’t say anything stupid.

“This is Natalie.” Chris wrapped an arm around my shoulder as he introduced me.

“Nice to meet you both,” I said as we shook hands.

“Mike is around here somewhere. You can meet him later. Why don’t you get your bags, and Chris will show you to his room.”

Pat made noises about having something baking in the kitchen. She and Grace disappeared in what I assumed was that direction as we headed back outside.

I blinked and stared at Chris as he handed me bags. I followed him silently as he led me down a long hallway and into a guest room, that clearly had been his bedroom in the past.

“Where am I gonna sleep?” I asked. I had too many questions in my head, but this was the topic I felt safest dealing with.

“You can have the bed, and I’ll sleep on the floor.”

“Isn’t there another room for me?” I wasn’t ready to sleep with Chris just yet, at least I didn’t think I was.

“Not unless you want to bunk in with my little brother. And he’s smelly. If you want I can sleep out on the couch.”

I nodded. “I’m sorry, I just wasn’t expecting this.” I motioned to the room.

“It’s okay. Moms probably aren’t sure either. I forgot to mention I was bringing you along. I wanted it to be a surprise.” Chris pulled me into his embrace. “You okay?”

“I’m fine. You’re full of surprises by the way. Two moms? You could have warned a girl.” I scolded.

“Think of it as a litmus test, you passed with aplomb.”

“Why thank you. So is it tacky to ask which one is your bio mom?”

I’m pretty sure my eyeballs popped out of my head.

“And your parents stayed together?”

Chris nodded. “Mom decided she loved Dad no matter what, and when he started to make the transition she supported him.”

“Wasn’t that hard on you?” Chris seemed completely at ease with it, and I think it would have freaked me out. “You were what? Fifteen?”

Chris nodded. “I was an asshole for a year or two. But Mom’s unconditional love really helped me to open my eyes and realize it’s not about body parts, it’s about love. Now here’s the kicker, cause I know you’re gonna do the math. Mike is my sixteen-year-old brother. You can say, he was their last hetero hurrah.”

Now I know my eyeballs popped out of my head.

“You’ll do fine. I kind of sprang everyone on each other. I’m not driving you to a hotel or back to LA tonight am I?”

“No Chris you’re not. Besides if you did, who would kiss me at midnight?”

He kissed me again, and the cares of the world went away.

I followed Chris into the kitchen.

Pat had pulled the most amazing smelling cookies out of the oven. She handed one to Chris then one to me. It was gooey and falling apart. Pecans, cookie, and melted chocolate and something else I couldn’t quite place.

I looked at him. He smiled and nodded. Butterscotch. That was it, that was the perfect description for Chris and his hair. And it felt nice on the tongue. Butterscotch.

“His favorite? I can see why. So do you make these too?” I asked Chris.

He shook his head.

“I’m surprised if they are your favorite. I learned to make my grandmother’s sweet potato pecan pie since it’s my favorite.”

“I don’t make them nearly as well.”

“Of course. I ah, I don’t have it with me, but I can email it to you when I get home. Do you mind a swap, and giving me the recipe for this?” I asked.

I wanted to make Chris’s favorite food. I had an overwhelming need to cook for him, to show off my culinary skills, such as they were.

Pat shewed me from the kitchen and told Chris to get the grill started for dinner.

I sat on the back deck with a cold beer and watched Chris show off his grilling skills.

Every time I offered to help I was told everything was under control.

Mike cruised through. He gave me a glaring once over, was a brat to Chris, then left to hang out at his friend’s house for New Year’s.

Dinner was pleasant, then we just hung out and watched TV. Seeing Grace curl up against Pat, I took as permission to be able to curl into Chris’s side.

“Is this okay?” Chris asked. “I’m just beat from year end. I didn’t have time to plan anything. And honestly,” he sighed and ran a hand through his hair, “I don’t have the energy for much more.”

“This is fine.” And it was, besides I got to curl up against him and have his arm around me.

When midnight rolled around, Grace handed out champagne flutes.

We watched the ball drop for California and toasted in the new year. Chris’s kiss was the best way to start the new year.

catch up with the sixth date

continued on Jan 1 with the eighth day of Christmas

1 thought on “The Twelve Dates of Christmas: the seventh date”