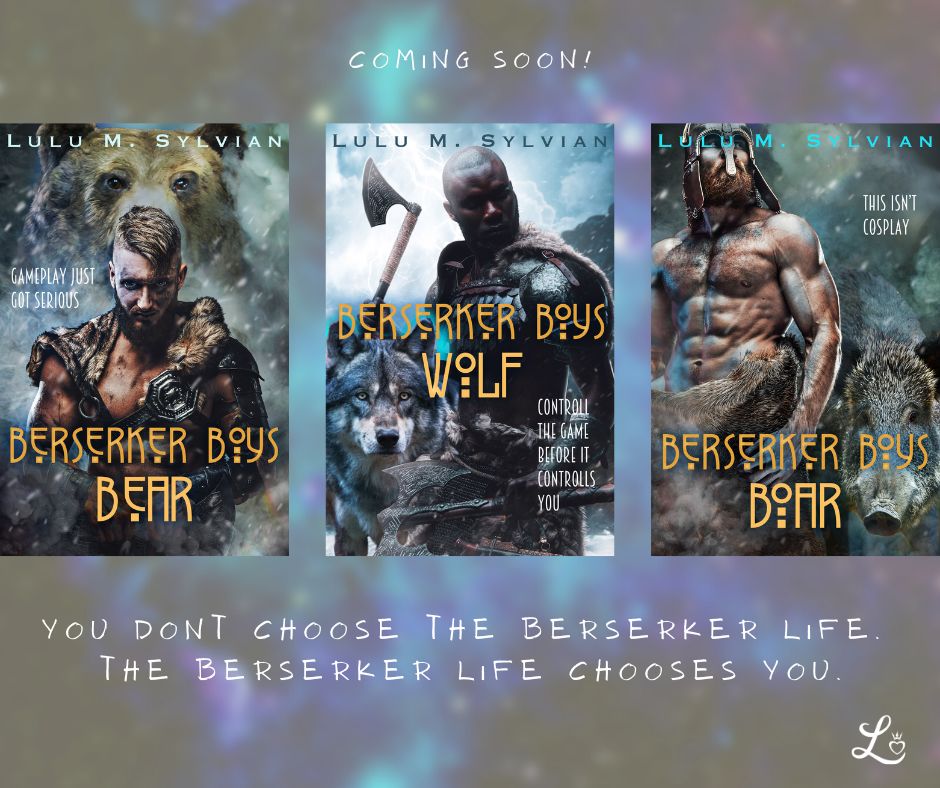 Cosplay takes on a whole new meaning when Viking gamers have the power to shape shift.

Modern day followers of Odin, and gamer Vikings—Vik, Wolf, and Scottie— get caught in the cross hairs of magic and technology, forcing them to shift into their gaming avatars’ berserker forms.

Magic and cosplay come together in this three-story romance collection.

Bear: After challenging him on the true meaning of his Viking marks, Vik invites the feisty Aaliyah to come see what his tattoos really mean, only realizing too late, that he may have put her in danger.

Wolf: Unbeknownst to Yeardley, she’s about to walk into battle, figuratively and literally. In an epic maneuver sure to go down in con history, Yeardley offers up a programmer smack down. While still riding that adrenaline high her skills are put to the test as she is thrown into another smack down, this time of fantasy proportions.

Boar: When Maisie gets kidnapped by a very real orc, Scottie rushes in. Now they are both trapped inside the video game realm. They have to work together to stay alive, and hope their friends can rescue them. Only Maisie doesn’t want to return to the real world if it means losing Scottie’s affection.