This is unedited RAW, straight from whatever project I happen to be typing away on. I have no idea if or when these words will see the light of day. They could be edited away, they could be ditched, who knows. 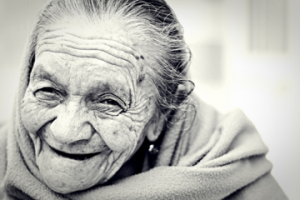 “Are you so sure? Are you so blind that you don’t see the man, you only see a king?”

“But Xernes wouldn’t cry, even if he did have feelings for me. I’m not saying he does. In fact, I’m fairly certain he does not.”

Old Grandmother placed her withered palm against Lilly’s face. “Hold every tear close, he won’t share them with anyone else.”

Lilly stood slack jawed as she watched Old Grandmother continue away. Xernes was not raised a king, he made himself one. He learned on his own to fight and struggle and to succeed. Old Grandmother was right. If he did cry, it would be out of anger and frustration, and he would not hide that. But tears of loss, no that was not something he would do in front of others. Just as she wouldn’t. She hid her tears to hide from the judgement of others, a silly girl crying over a man who did not return her feelings.

Or did he? Why had Old Grandmother said that she only sees the king and not the man? Lilly had to work hard to ensure she treated him appropriately as the king because she was too aware of him as a man.

I’m trying something new. I’m going to post unedited RAW, straight from whatever project I happen to be typing away on. I have no idea if or when these words will see the light of day. They could be edited away, they could be ditched, who knows.

“Enough!” Xernes bellowed. “I don’t have time to for you to squabble on an acceptable tribunal.” He thrust his arm forward, fingers extended. “Let the djinn tell us the truth.”

The markings on his arm left his skin in a sudden swift jump. They hovered in the air for a brief moment before the shapes melted into grey-blue smoke. The smoke rolled from Xernes’s  fingertips growing thicker and denser, but never fully forming into a solid shape.

The cloud wrapped around Lilly in a caress, twining around her ankles then wrapping up her torso like a feline seeking attention.