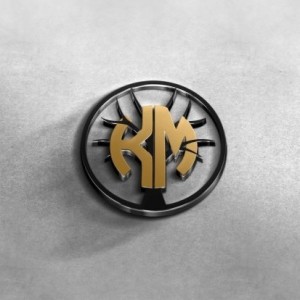 I like to set the mood for these interviews. So where are we? A coffee shop or a reading corner in an indie bookseller? And are you drinking coffee, tea, or some other concoction?

We are enjoying NY style greasy pepperoni pizza for lunch at a small bookseller overlooking the Cumberland River. It’s a beautiful summer day with thunder off in the distance. (great, now I really want pizza)

At what point did you know you wanted to be an author?

I admire those people who state that they have always known they would be a writer/author and started writing beautiful prose in elementary school. My path has been far different. I was always a little different and knew that; not exactly a loner, but outside the norm. I would have imaginary stories develop at the oddest times, swimming in a pool I would find Aqua Man or alone at a social event/family event, I was slaying a dragon or finding a wild stallion meant for me, that only I could tame. I was often in my in my own little world, oblivious to my surroundings. I don’t know if it was an escape or just over-active imagination, but I didn’t realize it was the beginning of my “calling”. Fast-forward to the mid-1980s. I was divorced with two young boys, working two jobs and shopping in my parent’s pantry. I hated to be alone; I had not yet learned to like myself and those were the hardest times. My boys would have every other weekend with their father who I still refer to as Shit-Head and you can only clean the dingy apartment so many times. One of those weekends, I picked up a legal pad, you know, one of the 11 x 14 yellow pads and began writing. My first try was a historical romance entitled Whispering Cedars and filled ten legal pads and I haven’t stopped writing since.

Characters constantly stalking me wanting their story to be told. It is quite loud and busy in my head.

Tell us a little about what you write?

I have evolved into what I like to call thrilling mystery/suspense. Not quite a thriller, but more than suspense and mystery. Elements of romance dot the pages throughout their story, I mean, what is a story without love, it is part of the human contingent, if you ask me. Anyway, my primary character typically is an everyday person working an everyday job who is thrown into an extraordinary situation. Through their journey, we find out if they have what it takes deep within to survive. I, like the reader, never really know until the end of the story.

I began writing Historical Romance. My grandmother read every terrible manuscript I wrote (God, love her and rest her soul), said that my writing was very strong when I killed someone or the scene was dark, that I should look at murder mysteries. I have been working on them since that time. I believe she was correct and I have found my voice.

Authors are told to write what they know. How closely do you adhere to that philosophy? Tells us a bit about what you do know and how (if it does) does that leak into your work.

As to writing philosophies, I really don’t have any. Well, I take that back, I do believe that you should write the story of your heart, every time. Never, ever, write for the market. Now, there are those who have success that way and perhaps that is why I have yet to see a publisher’s contract. Shrug, who knows?

What I know for sure is that from my many, many professional positions, that experience leaks into story lines one way or another. My experience is so varied because, by the time I realized what I wanted to be when I grew up, I had changed jobs so many times, I learned several skill sets which worked quite well for the author in me.

The closest to contentment in my day job was as a police officer and worked with my small town as a reserve for four years. Had I found this earlier in my life, I would have been happier in my “day job” and worked as a cop full time. But as they say, hindsight is 20/20.

I did have ride alongs with Metro police and it was invigorating. Seeing the dark, nitty-gritty streets of Nashville certainly has its benefits with ideas, new storylines, etc. Moreover, being able to experience the brotherhood of cops is the most moving for me as an author. Being affiliated with them has been one of the greatest honors of my life.

What are you currently working on?

I refer to my novels by the heroine’s first name. Typically, their name shortened to a nickname that could be misconstrued as a man. I am not sure how this came to be; but it has become part of my brand, if you will.

Anyway, Jess is completed and I am editing her story. She meets up with three friends from high school to rekindle their relationship before their reunion. Jess finds one friend dead in her hotel suite and one by one, her friends are found dead and she is forced to escape into the Smoky Mountains and then to the city streets of DC to find the killer.

Jo is half-way done and set in Colorado where she returns to her first love’s ranch as a housekeeper. She must clear her name after being set up and implicated in the murder of the Pennsylvania governor.

Charlie is fleshed out; I do know that she is a Coroner’s Investigator and is working with the police on a string of drag queen murders.

Vic is the only female cop/detective in a good ‘ole boy southern town who discovers what is the first of many bodies left in the intricate cave system in Tennessee. She has been fun to work with in this scenario from my own small town experience to pull from, but also she has some compelling OCD issues that I didn’t know about until recently. This has been a challenge for me as her storyteller.

Scottie is a new character for me and we are getting to know each other right now. She kind of reminds of Rizzoli on Rizzoli and Isles drama.

What is your publishing dream?

I suppose the ultimate dream for me is to be walking somewhere like an airport or in a park and see someone reading my book. There is no greater compliment and that would be the time I knew I made it.

I’m fascinated with how different authors experience their characters. How do your characters come to you?

They yell at me, they appear from nowhere and want their story told. Jo, who I mentioned earlier, she yelled at me for years from the pew of a church for at least ten years until I finally began her story. She would turn and look back at me, raise her eyebrows and ask when was it her turn. They poke my imagination until I begin their story. It’s quite fun finding out what makes them tick.

I understand you are a big hockey fan. Do you play? Do you skate?

No, in hockey terms, I am a bender which means I don’t have strong ankles. I barely can skate and don’t play hockey, but love the game. My boys are the ones who dragged me kicking and screaming away from little league baseball. However, after the first game, I have never looked back. It’s the best youth sport to watch; fast-paced, team oriented and competitive. Yes, I am a huge hockey fan and I am excited to say that as of this interview, my Nashville Predators have just won the Western Conference and are now waiting to see who they play in the Stanley Cup. This is so exciting for me, for our city and for the many youth hockey players who were told by others to “play a real sport.” As a goalie mom of two and one college hockey goalie in Grand Rapids, Michigan, it is a stressful job as a parent as they are either the hero or the bum. Tough, tough job, but my boys handle it well. I love the sport, the family of hockey fans/players/families. In a way, it is similar to that of the cops. It’s a brotherhood and I tend to be drawn to those who are loyal and beyond reproach. (Unfortunately, the Preds did not win the Stanley Cup, but man, they came close.)

So tell me about your experience trying to get farm fresh eggs. (cause this is funny)

Laughing. Wow. One of my best friends had chickens and they had to go to a hockey tournament for a week. I told her I would feed her chickens and get the eggs. How hard could it be? Well, let me tell you, it’s not easy for someone who grew up in the suburbs. Thankfully, my better half grew up on a farm and although having a good laugh at my expense. Did you know that chickens growl? Well, they do and they peck when you try and get the eggs. The chickens sit on the eggs and you have to steal them and it’s painful. I had no idea. Then, you find a rogue rooster wild eyes, it’s quite terrifying when it chases you into a car. Oh yes, the bird from hell. Spouse filmed it and I am glad, outside of comedic viewing, I used what happened and allowed Jo experienced it as well and with many more chickens, of course, that I did that day. It wasn’t pretty.

If someone were to look into your browser history today, what would they think of you?

They would be very concerned and probably contact the FBI. (grin)

Neither; coffee and meditation.

As I have yet to be published, I have not yet really had questions asked. However, what I do get:

“I have a great story idea. We need to talk, you can write it and it will be a bestseller.”

“Where can I buy your book?”

“Well, I am not published yet, have been almost for years, but not yet.”

“Let me know if you need help with the sex scenes.”

If someone asks me where I get my ideas from, I find that hard to answer. So many places, a news story, an investigative show, an article in a news paper. Many times, ideas just come to me as “what if…”. All I really know for sure is that my family is very thankful I have an outlet.