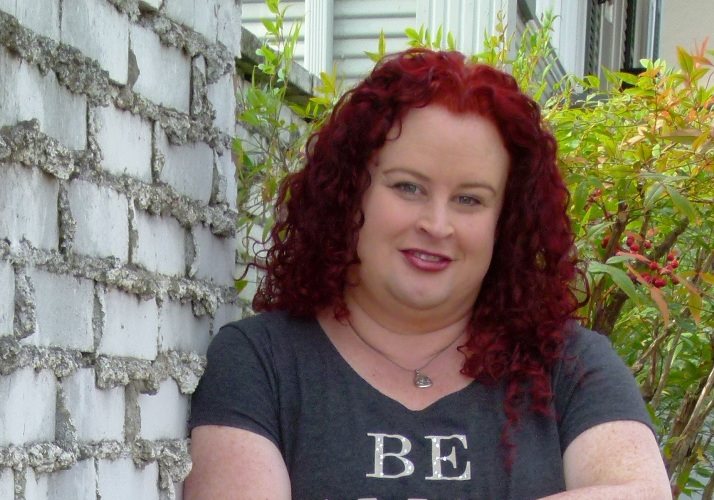 Anna J. Stewart is a USA Today and national bestselling author. Her work ranges from sweet romance, to not so sweet, romantic suspense. Her new release Always the Hero comes out tomorrow (March 1) and will be available as ebook from leading online ebook retailers.(edit: I’ve got links for you at the bottom of the page).

I like to set my interviews in a setting, gives us and the reader a little inside into where you would like to relax. As a self-proclaimed geek girl would we be at Comic Con, or hanging out in the lobby before the next Marvel Cinematic Universe movie?
Ooh, that’s a tough one. With a lot of movies coming out in the next couple of months AND a local Comic Con, it’s an even bet, LOL.

Speaking of MCU movies, what did you think of Black Panther?
I knew it was going to be good. People were raving ahead of time but I didn’t expect to be that blown away. I felt so empowered, so proud of what writers and filmmakers and amazing actors can do when they combine their efforts. And the message of the movie couldn’t be better timed. It wasn’t just a great comic book movie, it was a great movie. One I can’t wait to see again. Which I’m going to have to, because I was late for an appointment and missed the final extra scene. *whaaaaa!*

What were your feelings when watching Wonder Woman last summer?
For a writer, this is going to be a cop out, but indescribable. I’ve been waiting for a feature film of Wonder Woman since I was seven years old. Growing up, there were three shows I never missed: The Hardy Boys, The Bionic Woman, and Wonder Woman. Having read so much about the character, about her history, about the purpose behind her, Patty Jenkins (the director) put it all on the screen and while I wasn’t sold on Gal Gadot when she was first announced, I can’t imagine anyone else playing her now. It was my girl power dreams of childhood made real. Good storytelling, staying true to the character, and those Amazons. Woohoo! I still get chills. I think it was also, aside from the Dark Knight Trilogy, that DC finally got one of their characters right (as opposed to MCU). I’m crossing my fingers for Aquaman (then again, it’s Jason Momoa, so who really cares? I’m going no matter what, LOL).

Cos play yes or no?
Ah, no. Although I did consider wearing a bullet proof vest with “writer” on the front to go as Castle one year. That said, there have been some pretty kick-ass female characters of late to emulate.

Please tell us about Always the Hero, and the Butterfly Harbor Stories.
Butterfly Harbor is my fictional homage to Monterey and the Pacific Grove area of California. As a born and bred California girl, I have a hard time setting my books anywhere else. I love it here. Butterfly Harbor is small town personified, with lots of fun, quirky characters who deal with serious real-life problems.

Always the Hero is the fourth story in the series and features Deputy Matt Knight, an Afghan war veteran who lost his leg in combat. He’s made a lot of promises to a lot of people and he’s not about to let anyone down. But sometimes it just isn’t possible to be all things to all people and unfortunately, he’s going to have to earn Lori Bradley’s trust again after breaking her heart. Lori has her own issues stemming from a difficult childhood that included the death of her little brother when she was only ten, and an event in high school that still haunts her even though she’s convinced herself she’s moved beyond it. She’s my first full-figured heroine, something I’ve been dying to put on the page. As someone who has battled her weight for most of her life, I wanted to explore those issues from a completely different perspective.

Is this a serial series we need to start at the beginning, or can we jump in at any point and still get a complete story?
They absolutely stand on their own so a reader can jump in anywhere they’d like. Hopefully seeing where the characters are now will entice them to read how they got there.

When did you and the writing muse discover each other?
I think I was always a storyteller. I used to make up stories all the time, probably because I was an only child and if I wasn’t reading or watching TV, I was lost in my imagination. Freshman year of high school, soon after reading my first romance, some friends and I started writing mini-romances featuring our favorite rock stars. They moved past it. I didn’t. It’s all I wanted to do. It’s really all I’ve been doing since.

How do your characters come to you? Some authors have described them as voices in their heads, others as a construct they create as they write. Where do your characters fall in that range?
Every story I’ve written has come differently. Sometimes it’s plot or story idea first, other times it’s definitely the character. When the characters appear, Most of the time I tend to know what they look like, but I spend an inordinate amount of time fleshing them out before I get writing. There have been times when I haven’t been able to wait and just jump in. For LOVE IN FOCUS, my second Kindle Worlds story for the St. Helena Vineyards series, Dante was just there (if you read the story, you’ll definitely see why).

Being a USA Today Best Seller is a huge goal, how did you feel when you found out?
I was very fortunate it happened very early on. It was a novella I wrote for a boxed set that I was asked to participate in right before my first Berkley book, ASKING FOR TROUBLE came out. I was thrilled and a bit stunned. I’d be lying if I said I didn’t like adding that to my website and signature line, but that said? It’s still all about the stories for me and whichever one I’m working on at the moment.

You write both sweet romance to hot. How do you decide which is appropriate for your stories?
Honestly, my publisher decides, LOL. The Heartwarming line is Harlequin’s sweet (or as they call it, clean and wholesome) line. There’s NO sex on the page and even very little sexual/physical contact. It’s all about the emotions and the connection between the hero and heroine, which I happen to love. Not having a love scene to rely on has made me a better writer; I have to focus on more than the physical and really delve into why two people fall in love. That said, after writing a few sweet romances, I’m ready for some characters to hit the sack. Not that any of my books get particularly steamy. I’m tame by most people’s standards. I write what I like to read.

Do you have a preference for sweet or for the more detailed steamy scenes?
Totally depends on the characters. Going into any of my Heartwarmings, I know what I can and can’t include. I can push the boundaries a little with the romantic suspense and paranormal (which I just started publishing). If I had a preference? I’d fall somewhere in the middle.

I saw a teaser on your website that you plan on returning to writing paranormal and urban fantasy, how soon can we expect that to happen?
It did, actually! In February, I published the first of three short paranormal romances (all connected) in Heart’s Kiss Magazine. WARDEN OF MAGIC (book 1, February’s issue), WARDEN OF SIGHT (April’s issue), and WARDEN OF FATE make up one big story of three sisters vacationing in Edinburgh, Scotland, who each find themselves whisked into a magical storybook. From there, they each meet their heroes, imprisoned warriors, and together they must battle and defeat an evil focused on taking over the imaginary world…or is it imaginary? I’m having SO much fun writing these. It’s like coming home (it’s been almost 10 years since I’ve written any new paranormal stories).

The NSA checks out your browser history, what are they going to think of you?
Oh, trust me. If the NSA checks, you’ll be seeing me featured on the evening news, LOL. I’ve researched everything from pipe bombs (for a Heartwarming no less) to blood diseases to serial killers. Man, I love my job.
You can find Anna on these social media outlets: 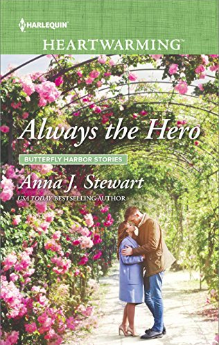 You can find Always the Hero at these retail ebook retailers: