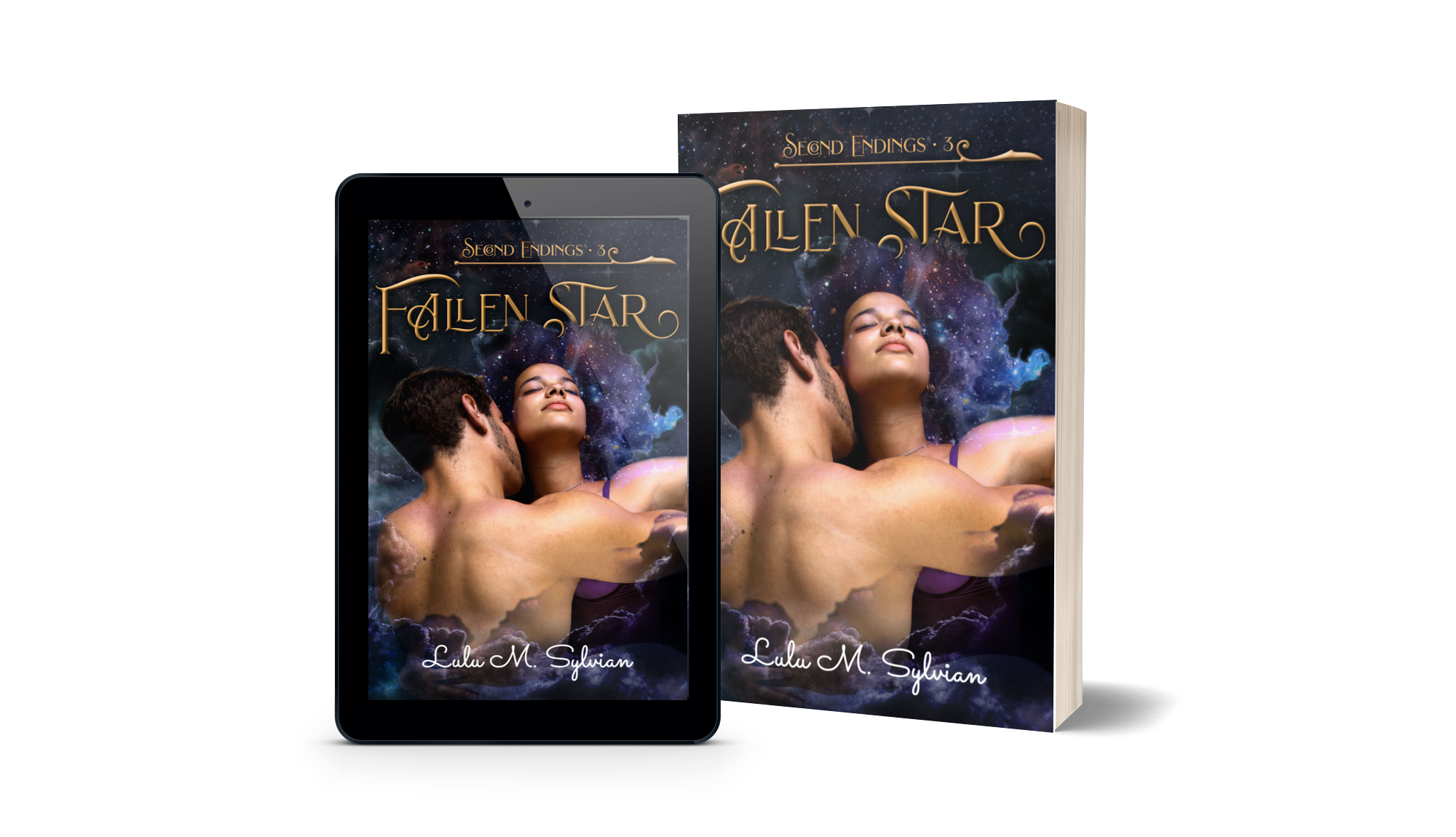 She wanted to fly.

After aerial silk artist Emi Paul’s accident, the voices in her head told her she couldn’t die. So she didn’t.

Life after death for Emi feels like a never-ending series of doctor’s appointments and a whole lot of doing nothing in the name of “recovery.” Fortunately the reincarnation of her favorite swash-buckling actor, Hamilton Klein, and the ghost of Hollywood’s Sweetheart, Mancey Heartlove, keep her entertained.

Hamilton has told Emi he is the key to her happiness. Too bad Hamilton’s reincarnation is only four, while his father— the spitting image of the late actor— doesn’t actually like her. Sticking close to the kid, Emi discovers, he may just be right, only not in any way she could have ever guessed. 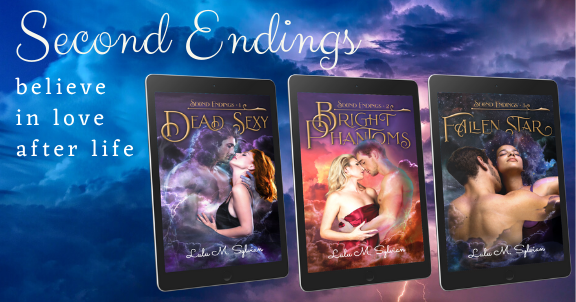 Love that is strong enough to span the veil between life and death.
This paranormal romance series stars post-life souls. And of course, they aren’t average ghosts,
no, these non-corporeal beings used to be famous actors 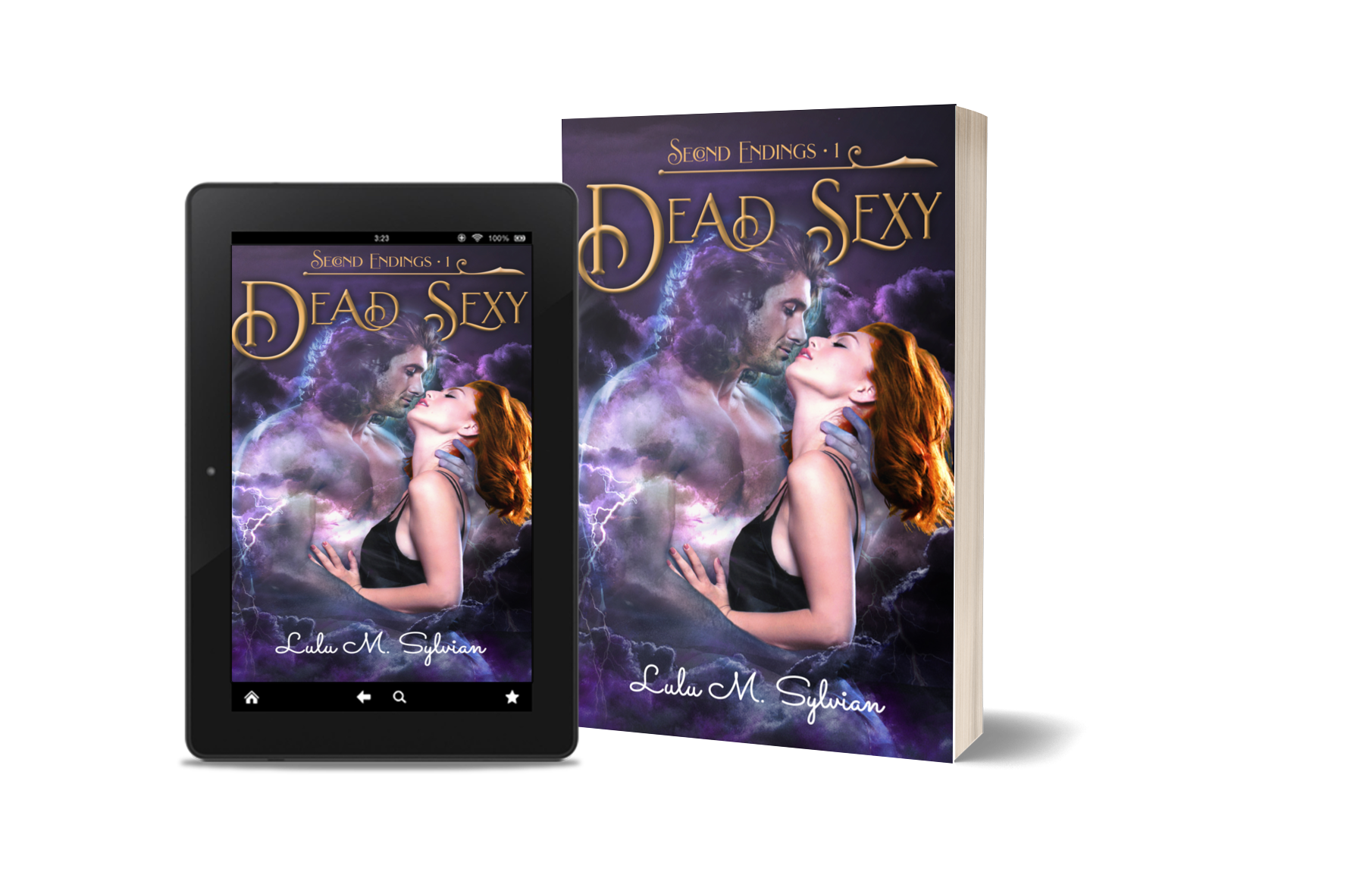 This book was a blast! The author had me at deceased 80’s “it” actor turned ghost, and the story lived up to my very high expectations! Gillian cracked me up with her sense of humor, and this story went in all kinds of fun directions I wasn’t expecting. I was clueless as to how the author would wrap up this complicated plot, but I absolutely adored the way it all came together. Another wonderful story from Lulu M Sylvian!

Hollywood has-been hunk finds a talented illustrator to write him into the perfect life he didn’t have. Life doesn’t give you do-overs, but does the afterlife?

Medical illustrator Gillian Denver has a unique talent, and it’s not her ability to depict the systems of the body accurately and artistically. She can talk to spirits, only she doesn’t realize it.

Peter Keith, a one-time TV sitcom star whose career dissolved from A-lister hunk, to out of shape, straight-to-cable-movie D-lister has a problem. Peter regrets decisions he made in his life, and would like a do-over. He convinces Gillian to help him. One little problem, Peter is dead.

Thinking it’s her overactive imagination causing her reoccurring dreams about Peter to spill into daylight hours, Gillian finds herself talking to him while she works. Together they begin to recreate Peter’s life by writing a book the way he wishes things had worked out. Gillian is not fully convinced that Peter is anything more than something she made up, a glorified imaginary friend, a new muse.

Gillian’s feelings for Peter complicate her relationships with the living. She is afraid the love she has for Peter will never be enough because she cannot give him what he really needs, a resolution to the life he wasn’t ready to leave. 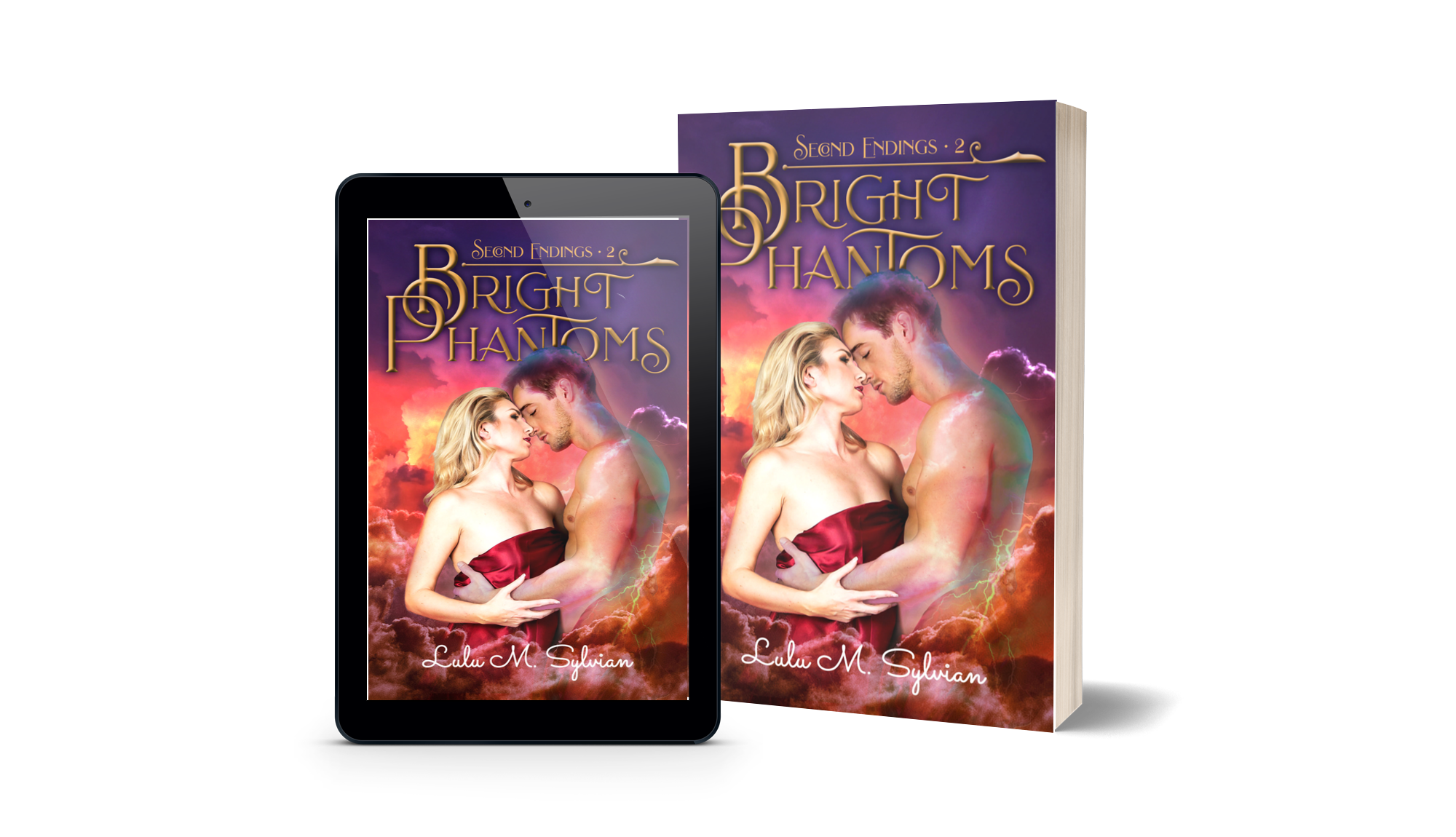 What I love most about this author’s writing is the emotion she evokes. I don’t think I breathed for the last third of the book. It was heart-wrenching.

Can she find the man of her dreams in a love triangle from both sides of the grave?

For set designer, Danica Kensington, falling in love has always been a spiritual experience. That’s what happens when the love of your life is a dead guy.

Danica’s boyfriend, the ghost of Golden Age of Hollywood star Flint Reese, suddenly disappears from her life. But then, Danica is convinced she has found Flint again. Only he seems to be hiding behind the eyes of Hollywood’s top leading man, Liam James.

Danica and Liam have more problems than answers. Reunited after a year apart, Danica can’t be sure if Liam is sticking around out of a sense of obligation over the baby he didn’t know about, or if he genuinely has feelings for her. High stress, emotions, and surging hormones have Danica seeing things she doesn’t know how to explain. Why do Liam’s eyes shift from brown to blue?

Could Flint be influencing the relationship she wants with Liam? Danica wants to tell Liam she sees Flint in his eyes, but she is afraid doing so could cost her everything she loves and holds dear.