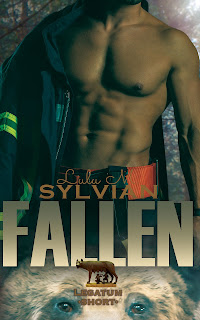 Lulu M Sylvian, one of the authors featured in Paranormal Unbound,  tells us about her contribution to this anthology: Fallen

Demi is supposed to be enjoying a writer’s retreat. Only everything is going wrong. Everything, except meeting the local hottie fireman. Moments after picking her up from the pavement, she plots an entire fantasy surrounding the handsome Eli.

After telling him about a couple of bear cubs, Eli mysteriously disappears on her. Demi plots the demise of the character she has based on him after she realizes that maybe he wasn’t as taken with her as she thought. Only when Eli returns does he reveal all to her, including a rather surprising plot twist of a secret.

I read the Anne Rice Vampire Chronicle books back in the day, but I don’t think they were my true gateway into paranormal romance. That honor goes to a friend who handed me Sherrilyn Kenyon’s, Fantasy Lover.

Q: Is your story in Paranormal Unbound a stand-alone or does it introduce readers to other characters/ worlds of yours?

Fallen is a related story to my paranormal romantic suspense series Legatum. This story introduces some new ideas that the shifters from the previous books did not know about. The characters are all new.

The Palatine family can trace their history back to the time of the founding of Rome.
Descendants of Rhea Silvia, the first wolf shifter, and the war god Mars, this modern family of shifters is used to protecting their secrets. Now science has caught up with their myth. DNA evidence that can identify shifters is appearing on ancestry tests. And if that isn’t causing them enough troubles, an old long thought dead vampire has mysteriously resurrected and is causing problems.
Legatum is currently at the sixth book in the series. It starts with Protective.

I’ve been lucky enough to participate in several Shifters Unleashed anthologies.
I have a menage vampire story called Mist Chances that appears in Immortal Legacies.
Seal with a Kiss, which features a selkie hero is in Shifters Do It Better.
Loaded for Bear appears in Alpha Shifters Furever

I have a mini-series I’m really excited about coming up. Berserker Boys, the first one Bear is appearing in Cocky Alpha Shifters, with the following stories Wolf and Boar in Shifters Furever After and Shift Happens.

All the time. It helps me to better describe the physical aspects of them, not just what they look like, but how they move, how their face shows expression.

Short stories give you a sense of completion with a smaller time commitment.

Q: What’s coming next for your readers?

This year I’m in a handful of anthologies, plus in the fall I will be releasing Witches of Wet Waterfalls, the second mini-series in the Wet Waterfalls paranormal reverse harem world.

There was a sudden warble of a siren. Demi closed her eyes with embarrassment. She tripped, she didn’t need an ambulance. The siren was off seconds later and the rumble of a truck engine idled in the street nearby.
“You okay there?”
Too many emotions battled in Demi’s mind. Unable to properly focus around the pain and humility, she breathed deeply before seeing if her eyes would work and cracked them open. The face that greeted her was breathtaking. She was mesmerized the most by his sage green eyes.
His brows were lifted as he looked at her questioningly.
Demi managed to nod. Truth was, she wasn’t okay. She had embarrassed herself epically by stubbing her toe, and now she was having heart palpitations because the rescue hero they had to call in was distractingly handsome. No, not handsome, he was beautiful with darker skin and paler eyes, and bone structure that artists had been trying to capture for centuries.
His fingers caressed the inside of her wrist, and the breath she had struggled to reclaim left her again. It wasn’t fair that a dashing smile and good cheekbones could inject butterflies straight into her bloodstream.
“What’s your name? Can you tell me what happened?” He was professional, didn’t he realize how much worse he was making everything? “Matty said an elderly lady fell and broke her hip. Your pulse is elevated.”
“Matty has greatly over-exaggerated the situation,” she finally managed to say. And of course, her pulse was elevated, he was touching her.

Bio-engineered to be the only redhead in a generation of blonds, Lulu feels that “aliens” may actually be the best answer for a lifetime of being asked, “Where did you get that red hair from?”Lulu cannot ride a horse, hula hoop, or play roller derby, but she can make pictures. Encouraged to make those pictures out of words Lulu began writing just to see what would happen, and words happened, so many words. She writes sexy hot paranormal and ridiculous contemporary romances. She embraces the crazy that comes with that one little genetic mutation, and attempts to live up to the reputation of being a redhead. 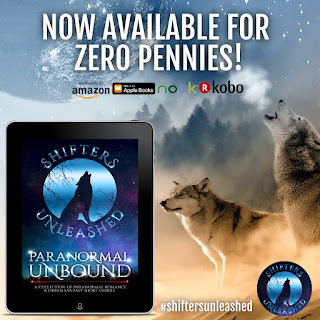