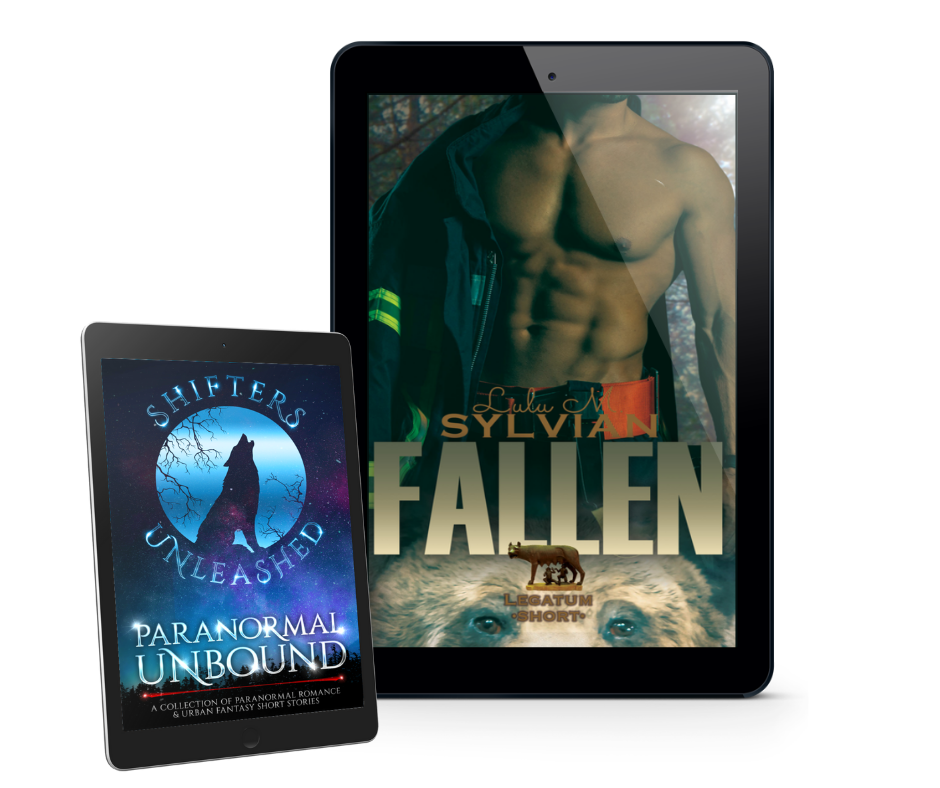 Fallen is a short story in the Legatum universe.  It is currently available in the free Paranormal Unbound Anthology collection.

Demi is supposed to be enjoying a writer’s retreat. Only everything is going wrong. Everything, except meeting the local hottie fireman. Moments after picking her up from the pavement, she plots an entire fantasy surrounding the handsome Eli.

When she tells him about a couple of bear cubs, Eli mysteriously disappears on her. Demi plots the demise of a character she has based on him after she realizes that maybe he wasn’t as taken with her as she had thought. Only when Eli returns, does he reveal everything to her, including a rather surprising plot twist of a secret.

Reading order for Fallen is after Redemption.

The intersection of myth, science, and romance

Introducing a family of wolf-shifters to the world of paranormal romance.

The Palatine family can trace their history back to the time of the founding of Rome.
Descendants of Rhea Silvia, the first wolf shifter, and the war god Mars, this modern family of shifters is used to protecting their secrets. Now science has caught up with their myth. They have to find a way to continue to protect their kind, all while still functioning in the modern world and falling in love. 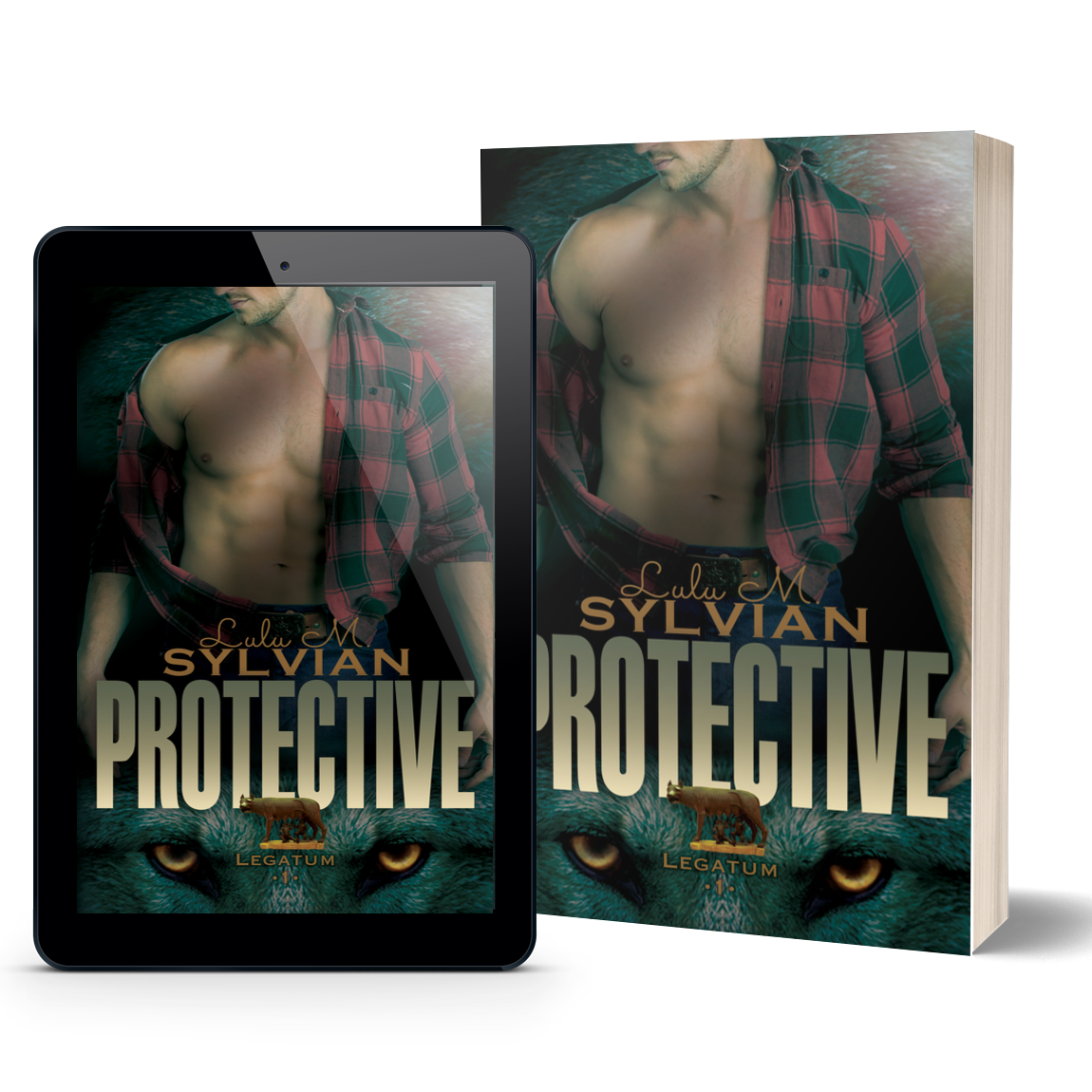 If you enjoy shifter romances, this is one to curl up with. Grab a glass of wine and settle in, you’re in for a hell of a ride.

on Barnes and Noble

This was my first book by Ms. Sylvian but I can assure you it will not be my last. I immediately pre-ordered the next book in this series. Hot sexy guy, strong female characters, bad guy gets his comeuppance. Great storyline. You won’t be disappointed with this story!

A recent truce between the long-time family rivals the Palatines and the Aventines, is well-timed as the new allies share information that presents the science behind their mythology. 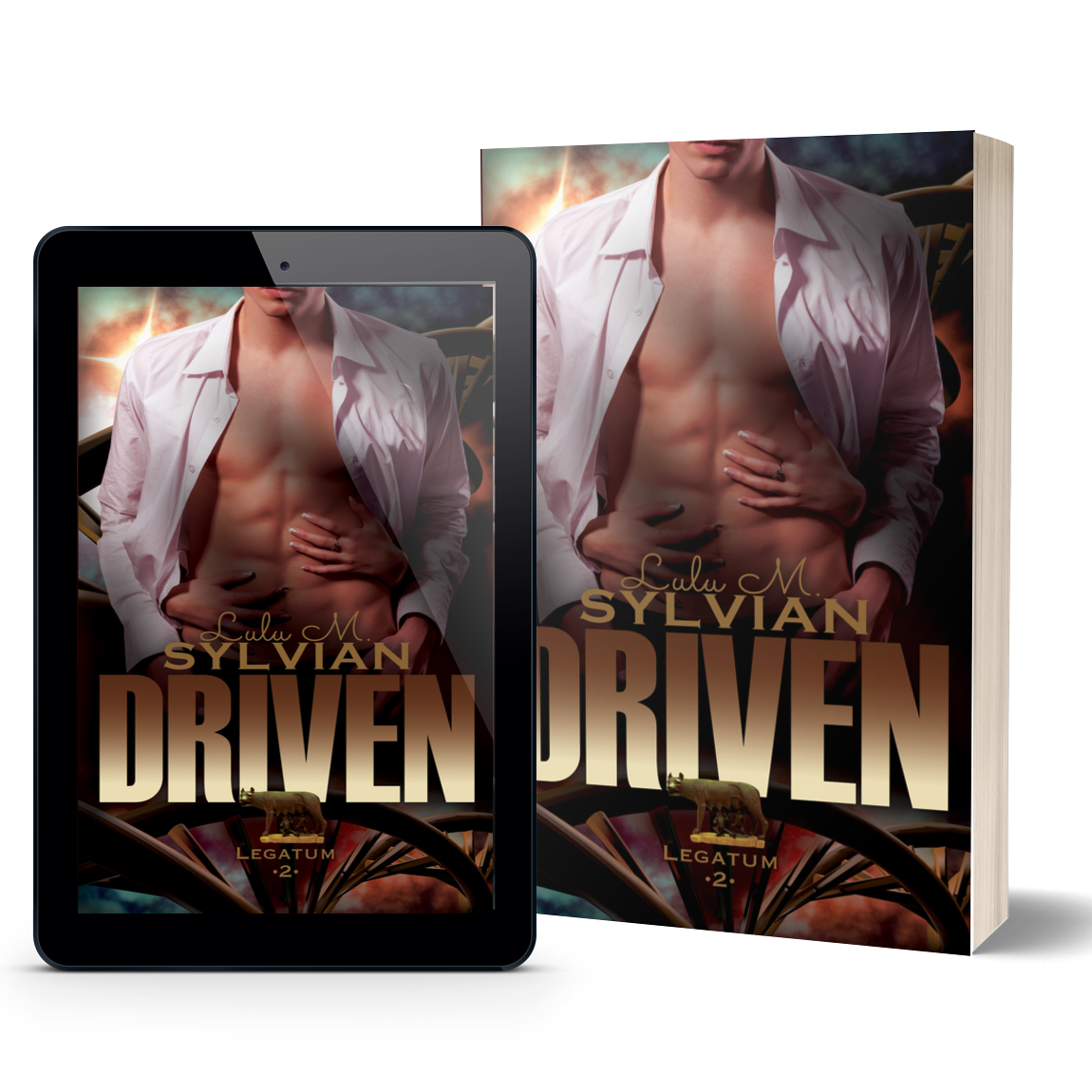 What a delicious book. Exciting, hot, fast-paced. Absolutely in love with this series. As soon as I finished this book I pre-ordered the next and will be on pins and needles waiting for the next installment. 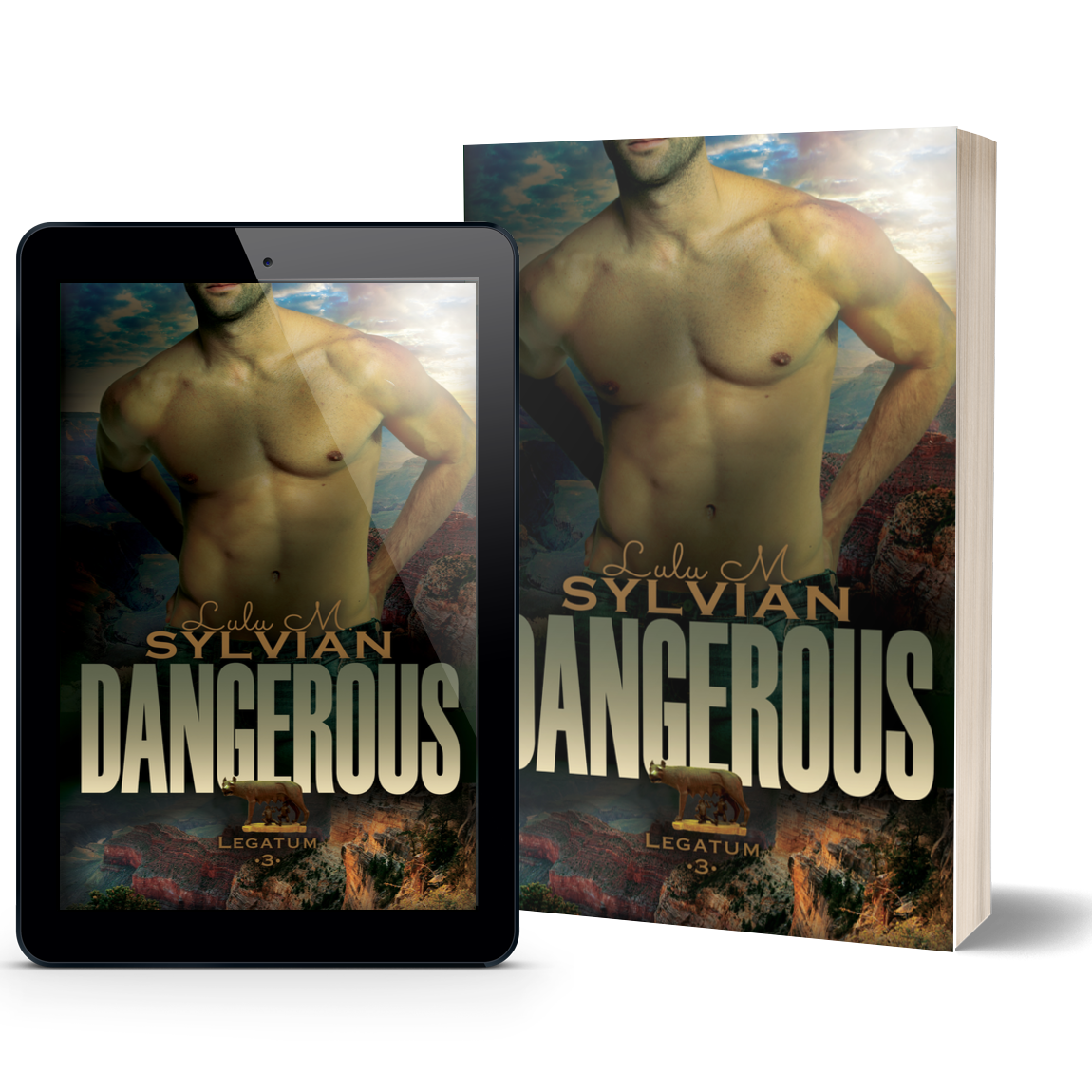 The Shifter Goodness just keeps on coming! Everything you love in a were-series with humor, heart, and snark – my kind of read! Love this series!!!

Family goof-off and all-around playboy Dante has been tasked with finding the missing branches of the family tree. It’s a big tree, but luckily he’s a trained investigator. What he finds instead is Geena. Only she doesn’t understand how important she is to him and she’s slipped through his fingers. Now he wants to drop all his responsibilities and track her down.

Geena’s traveling companions are the trifecta of feminine beauty. They are thin, rich, and stylish, so she’s shocked when the hot guy starts hitting on her. What she doesn’t know yet is that Dante isn’t just a guy. And to him, she’s not just another in a long string of women in his loose past. Dante has seen the mate glow and he knows what it means.

How can he convince Geena that this time he’s serious? And what about all those pesky family members he has to find? The ones who might blow the family lore wide open if he doesn’t get to them first…

The legacy continues with Dangerous. 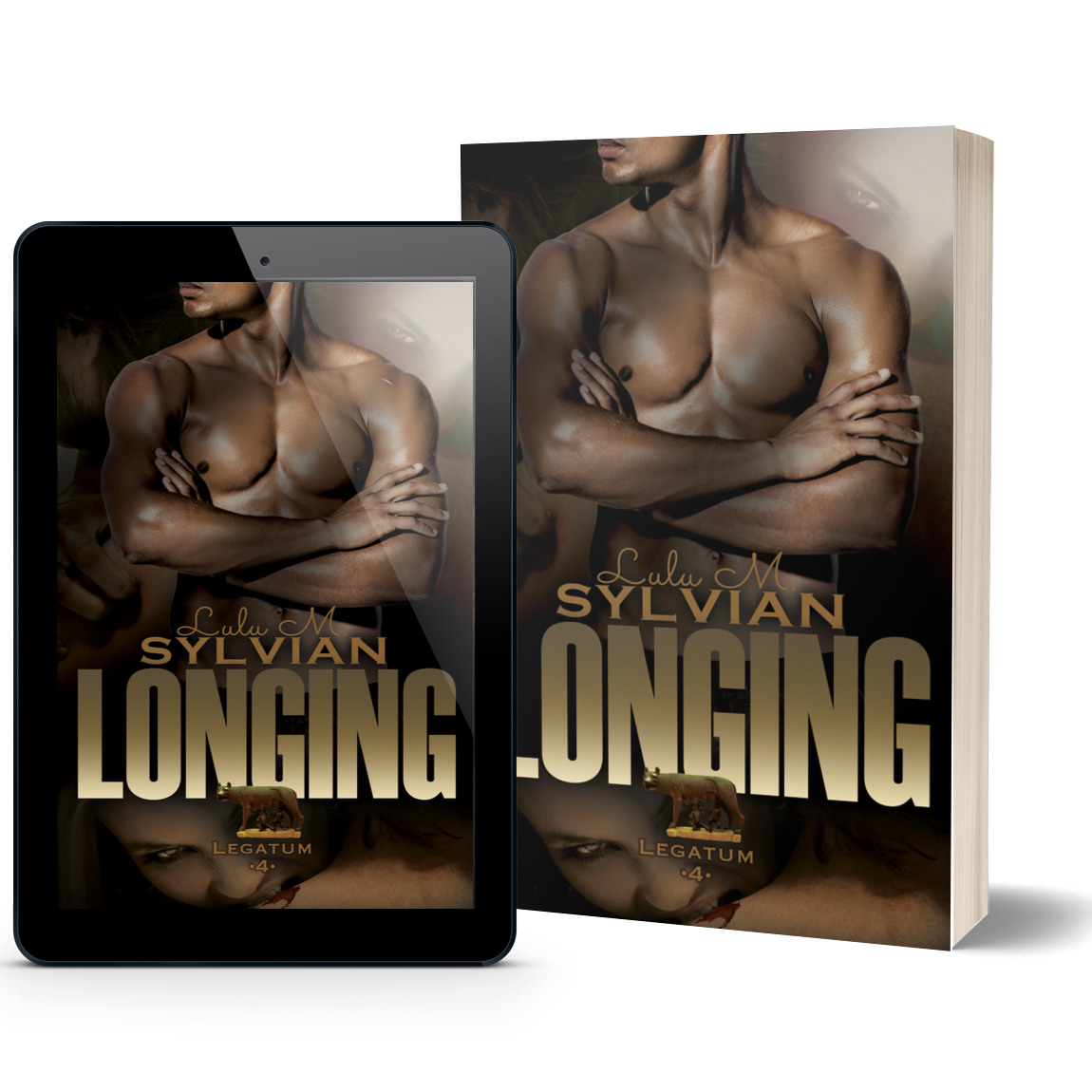 Bingeable Read at it’s best
Longing was amazing. I tried really hard not to read it all in one sitting but let’s just say it was so good it shot my self-control out of the sky. Excellent plot, thrilling twists, lovable characters, and so much emotion! Shane and Lucy were a great continuation to the Legatum series. October is too far away for the next book but I know after reading the rest of the series it’ll be worth the wait!

Lucy has a dangerous past, one she thought she left behind. She abandoned every element of it except for one, her best friend Shane. Now the life she has created is shattering, and Lucy finds herself clinging to Shane for support.

Shane hates everything about his past and prefers to live as if certain events never occurred. Except for one, meeting Lucy. He can’t let Lucy go, he can’t have her either.

A chain of events puts Shane in Lucy’s presence in time to be there for her while her marriage falls apart and as her troubling past weaves its way back into her life. In order to have a future with him, she goes in search of closure, only to discover her past holds more deceptive secrets than she ever imagined. 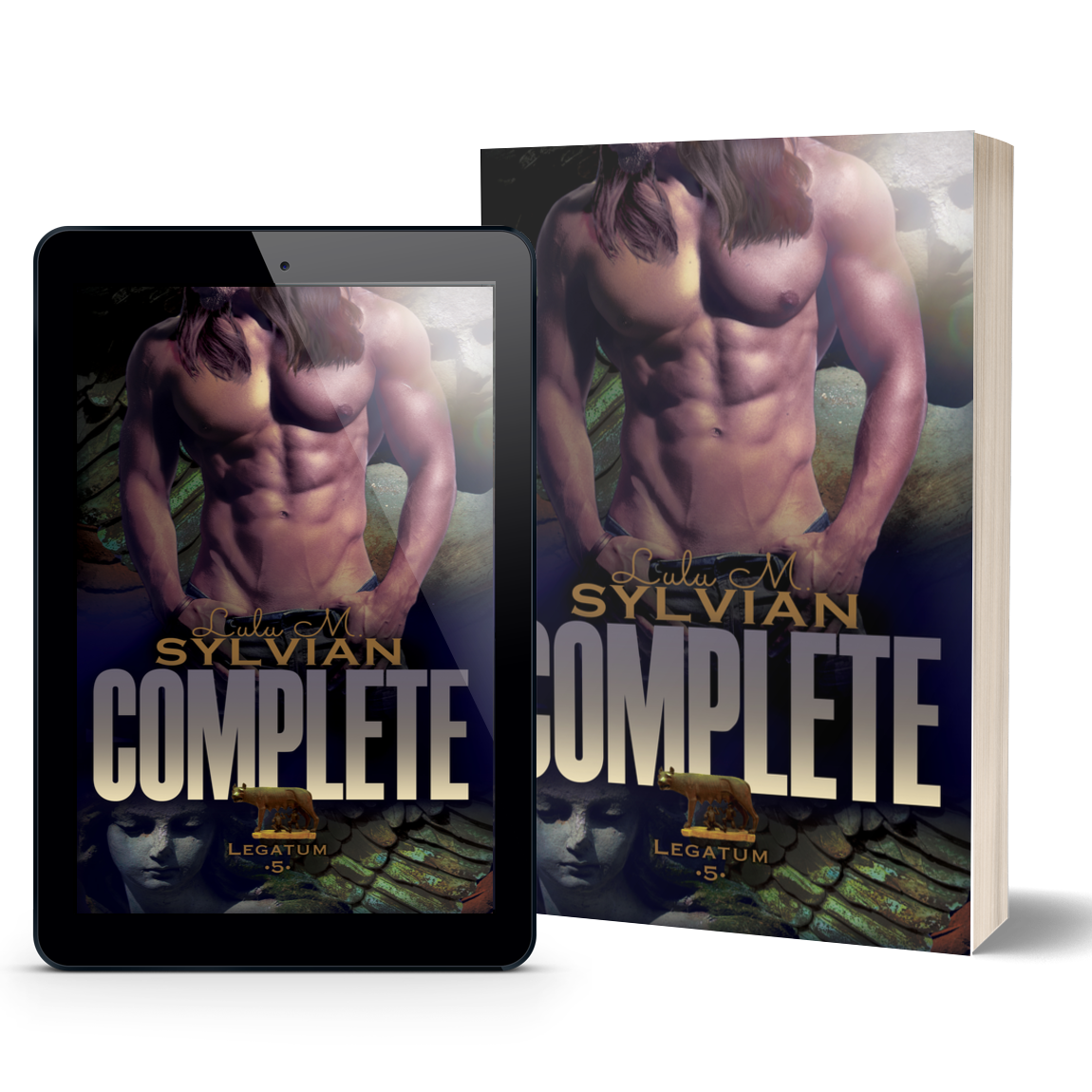 Wow. This is a new to me author and I absolutely am a fan. This book was amazing. Bobby was a flawed alpha who has a secret and Ramona is the new girl in town. They form an unlikely friendship but can it be more? Can he change? Can she see beyond his reputation? Can she live with his secret? This book is so good I couldn’t put it down even on vacation…on a boat…in a lake. 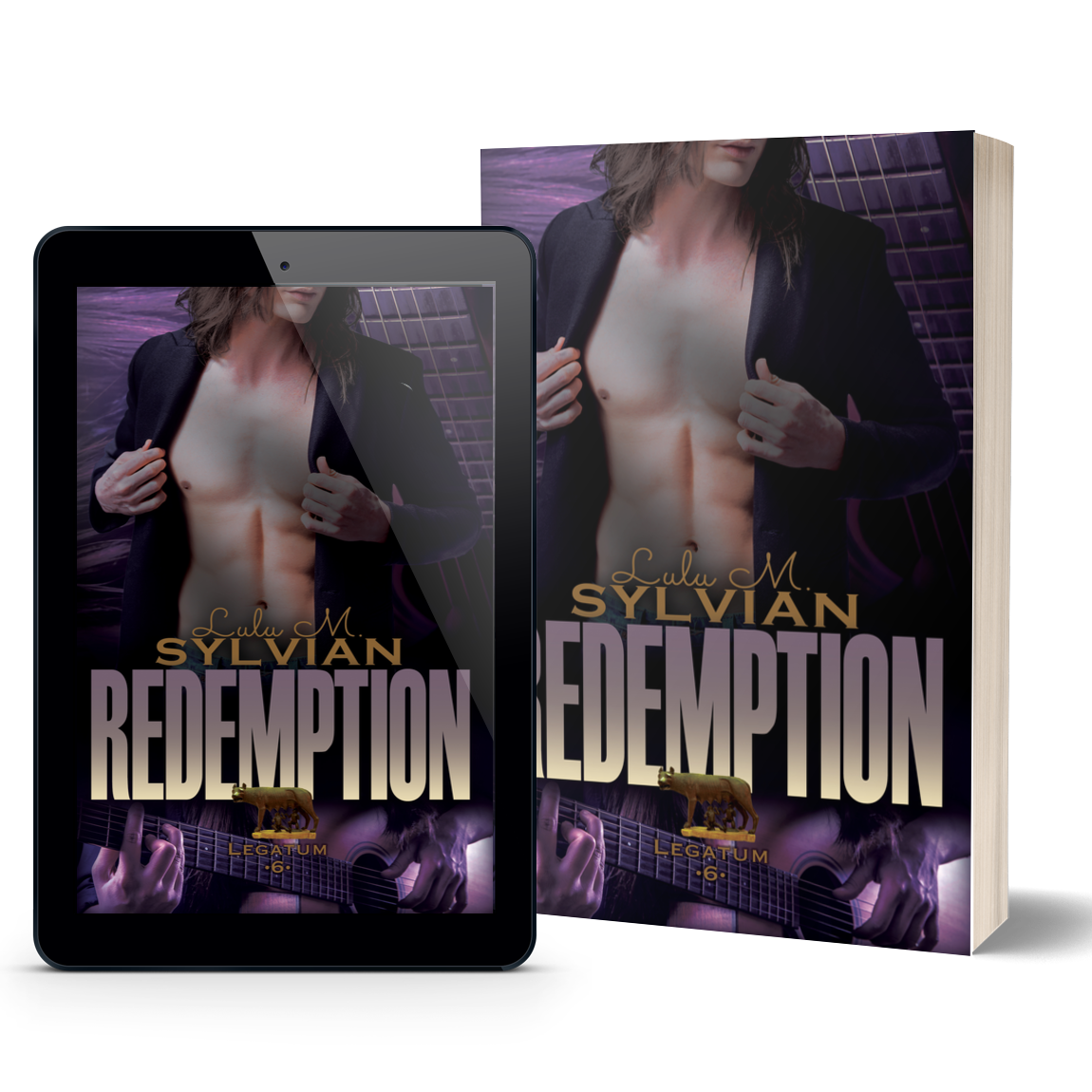 This was so good!! Love this series and I’m looking forward to the next one. I love reading a story that you feel a part of, I really wanted to hug Nando on multiple occasions!!! Great storyline with all the ups and downs, and a few moments I wasn’t expecting. Highly recommend Lulus books.

Fernando del Fuego was created to take over his father’s empire. He has zero interest in the politics of vampires. He would much rather pursue a life of music. People died because of his apathy.

Melinda is strong-willed and focused. As a wolf-shifter and therapist specializing in patients with PTSD, she has the calmness and perseverance to help those who need her. She can tell there’s more to Fernando than a vampire-musician super-ego combination.

Determined to prove he is more than a self-centered mistake, Fernando stumbles into unexpected peril. Even though wolves and vampires have never played well together, nothing is going to stop Melinda from protecting whom she holds dear.