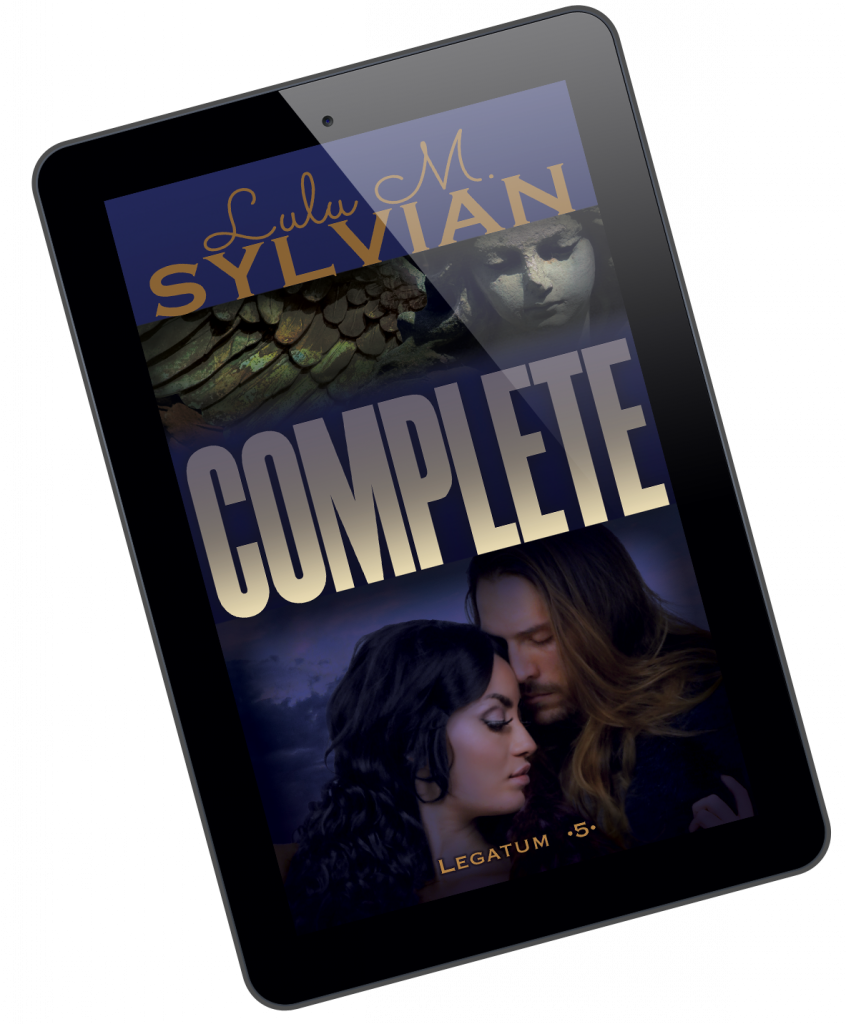 One year ago Complete was released!

If you haven’t read this steamy romance with Bobby, a lone wolf shifter, and Ramona the local math teacher, download it now.

Read for free in KU!

She vaulted out of the bed and pressed against the wall. She stared at him. Her heart was going a mile a minute. He smiled up at her, his wide, naked chest all exposed like it was meant to be on display. Blankets were a rumpled, piled mess. Oh Jesus H, is he naked?

She closed her eyes and took a deep breath.

“Good morning, beautiful.” She felt his warmth and his nearness a second before his arms wrapped around her and he placed a kiss on her forehead.

Why had he kissed her? She tried to swallow.

He ran a hand up and down her arm. “You cold? You’re shivering. Do you want some coffee?”

He left her; she heard him pad into the kitchen.

She opened her eyes and peeked out the door, afraid she was going to see his naked ass. She sighed in relief when she saw that he wore knit shorts. But the rest of him was naked, and she could see all his skin. His hair was piled up in a super messy, bed-head top knot. That reminded her that her own hair must be a complete disaster.

She tiptoed into the bathroom, trying not to call attention to herself. She rummaged through the under-counter baskets looking for a brush. A man with hair like his owned at least one brush. She knew he did. Now where did he keep it?

Jesus H, there aren’t any brushes in here. She found a hair band and pulled her hair into a quick ponytail.

Her face looked puffy. She had definitely cried herself to sleep last night. She splashed cold water on her face and wondered what had happened. She was still in all her clothes. All of them. Including her bra. She wouldn’t have put her bra back on if they had done anything, would she?

She finished her ablutions and stepped out. Maybe she could sneak past him and go out the door and leave. She didn’t know if she could face him this morning, not knowing.

“Coffee’s made. You want some?”

She froze in her tracks and stared wide-eyed as Bobby approached her. He wrapped an arm around her and pulled her in close. The breath caught in her throat. What is going on?

“It’s not too late to call in for a substitute, is it? We could spend the day together.”

Bobby swiveled and looked behind him. “Ten to six. I had set the alarm for five thirty. Is that okay? You still have time for breakfast, right?”

She looked down at her dress. Panic still surged through her veins.

“I’ve got to go. I have to take a shower and, no, sorry.” She eyed her purse and dived out of his arms. She grabbed the bag and rushed out the door. “I’ll see you later.” She called out in a hurry as she made her escape.

She didn’t breathe again until her car turned onto the road and sped back toward her little apartment.

In record time she was in her classroom prepping for the day. She could not focus. Every time she relaxed for a second, her mind’s eye went back to that broad chest and all those muscles. And sweet baby Jesus, his nipples. She didn’t know what it was about that man’s nipples that did her in, but his certainly called out to her. And they demanded to be licked.