On this day last year Longing was released! 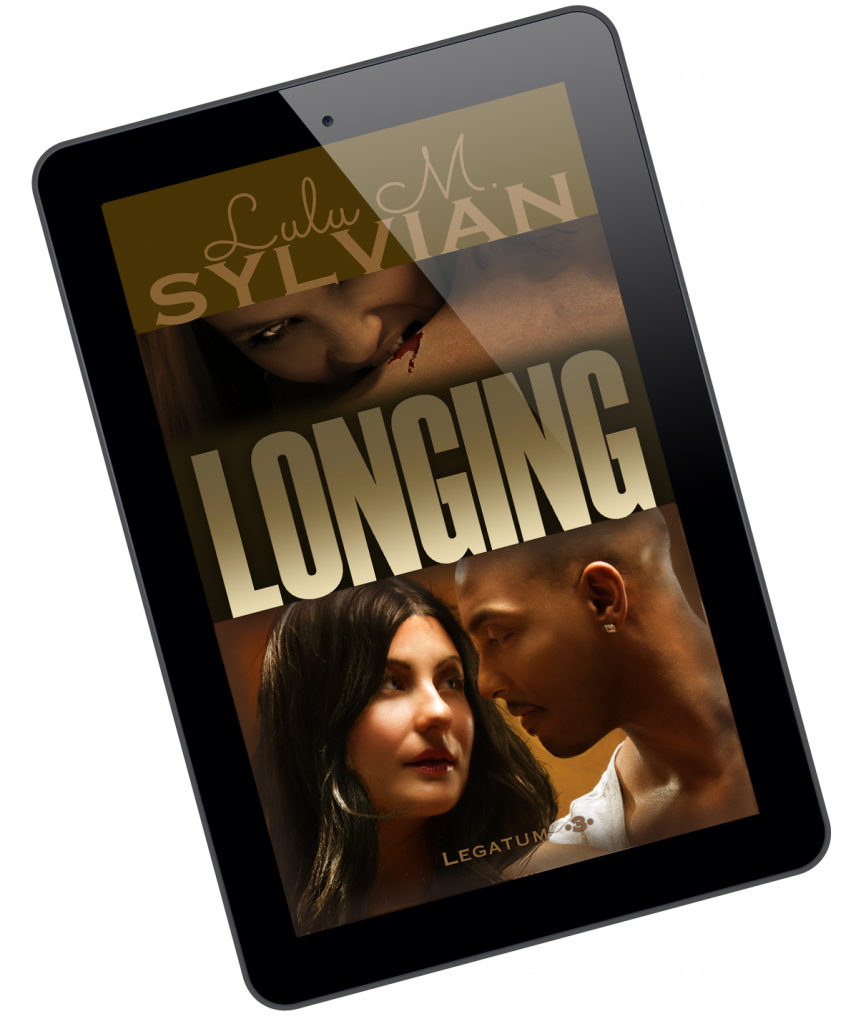 Shane bumped Justin’s arm with his knee, causing the kid to lose control of his game character.

“Let’s go for a ride. C’mon.” Shane nodded his head, indicating they needed to leave. “We need to talk.”

Justin whined, “You’re not gonna talk to me about my dick, are you?”

Shane laughed. “The only dick we’re gonna talk about is your dad. Let’s go.”

Justin shrugged and powered off his game.

Shane drove for about twenty minutes in silence before Justin started talking.

“So I thought you and Mom broke up.”

“We just had an argument, man. It happens.” Shane suppressed a smile. It was good that Justin had started talking. All his informal therapy sessions with Melinda had taught him that much.

“But you didn’t come back. I didn’t think you were gonna.”

“J-man, me and your mom go way back. And I always come back around. Always. You’re my family. You, Stacey, your mom, a little argument isn’t going to drive me away for very long.”

“Then why is Dad divorcing us? We’re his family, and he’s just walking away from us. He’s being mean about it too.”

Justin turned and stared out the window. He shrugged and adjusted in his seat. Shane figured he was wiping at tears. This was all too much for the kid to handle. He didn’t need to hear what Shane thought of the man. He didn’t deserve to be their father. He didn’t deserve their tears.

“Dogstar wasn’t there when we got back. Mom took him to the vet, huh?”

They pulled into a parking lot in front of a stucco building with a low tile roof. Shane cut the engine off.

“What are we doing here?” Justin looked eagerly from the building to Shane.

Justin ran inside the Humane Society office, leaving Shane to follow him.

The house smelled like garlic and onions when they got home.

“Stacey, get down here!” Justin yelled as soon as they walked in the door.

Lucy came into the living room first. She looked around, and her eyes fell on a carrier case. “I thought you were going to bring home a dog, not a cat.”

“You got cats?” Stacey asked as she walked down the stairs.

She went straight to the carrier and peeked inside. She lifted one black-and-white cat out. The animal shivered as she sat and cooed at it, stroking its fur. Justin lifted out a second cat, this one whiter with black markings. The kids sat and held their new charges.

Lucy pulled Shane aside. “What have you done?”

“We got a beautiful little girl,” Shane practically purred. “She looks like an Australian shepherd. It was love at first sight. They let Justin meet a few dogs, but she crawled right in his lap. She’s getting fixed in the morning, and we’ll pick her up after school. The cats were Justin’s idea. He thought Stacey would like the cats.”

Lucy slid into his arms. She felt so right.