Where Mary faces down beasts far hairier than the gentle
sauran she’s come to accept as gentle as the butterfly she is named for. 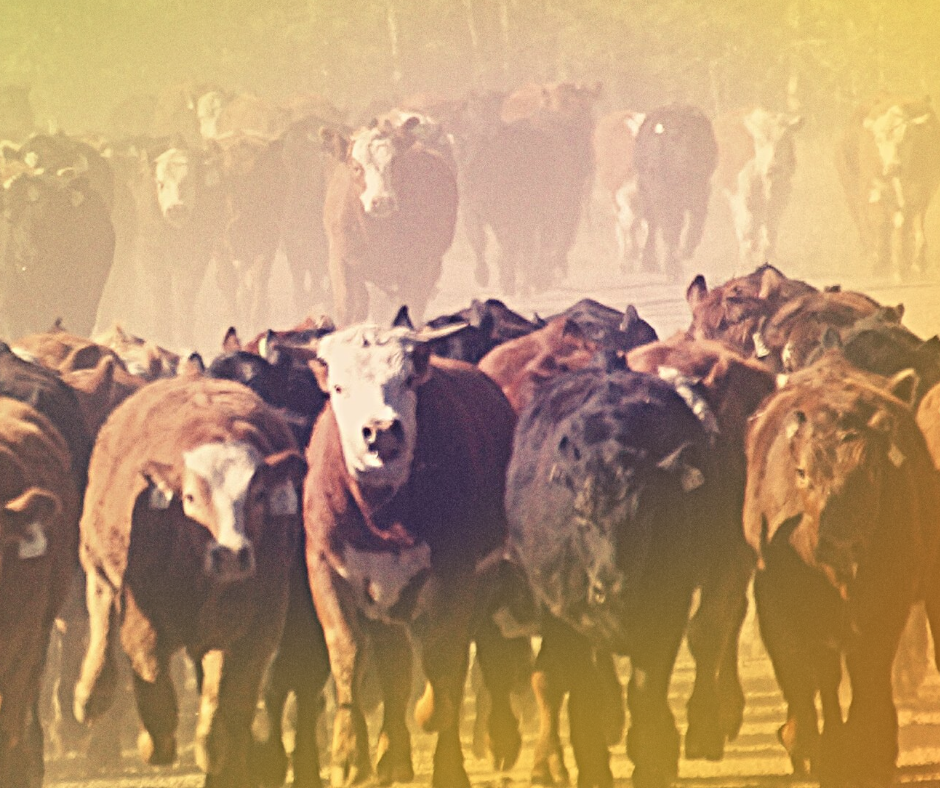 Catch up with Chapter 18…

Mary picked her way through the tall grass.

Kim, a fair distance to her left grazed and occasionally would cavort. There was really no other word for it. The sauran would bounce and spring, and practically dance in circles. It was rather charming, even if it did make the ground jump.

It was the primary reason Mary was keeping a safe distance from the animal as they continued to travel in a southwestern direction. She didn’t want to accidentally be pranced upon.

Mary stayed near the sauran while the men were out foraging. She was as safe as she could be near the beast. A thought that came naturally to her now. A thought that would have been so foreign a few days earlier.

Kim made a mournful lowing, and Mary glanced up. Kim nosed into the dirt, either complaining that the bug she was chasing had gone to ground, or maybe she had spied one of those prairie dogs.

Mary cast about looking for Marshall or Hanska. Neither man was visible. Clouds gathered low on the horizon to the east, and Mary could make out the faint rumble of thunder. There didn’t seem to be any wind, but she was learning that didn’t mean anything. The air could be still as a statue one minute, and the next it could be roaring so fiercely it could sweep whatever it wanted away with it, people, animals, buildings.

As a precaution, she meandered closer to the sauran. She too seemed to sense something building to the east.

Mary reached out her hand and made the soft cooing sounds Hanska had taught her. The large tric settled and Mary ran her hand over the warm rough skin of the beast’s neck.

“Me too, me too,” Mary said. She didn’t like the atmosphere suddenly.

“Adi, adi,” she said the command for Kim to lower and bend her leg so she could be climbed.
Mary climbed with carefully practiced foot placements.

About halfway up, Kim shifted with a loud grunt.

“No, you infernal beast!” Mary cried as she fell back, landing on her less than her normally padded backside. She had discarded the bustle early on, once their travels left the sophistication of the rail car.

Kim nosed at her.

Mary took advantage of the beast, and wrapped her hands around the nose horn, and allowed Kim’s momentum to lift her to her feet. Once upright, Mary began scolding the animal and brushing down her skirts. She wasn’t exactly sure why she bothered. Everything was already covered in dust. Another layer wouldn’t change that.

The roll of thunder seemed even closer. The impending storm must have upset the animal.

She successfully made all the way up Kim’s back, and was just settling herself on the saddle blanket when she heard shouting. Looking up, she saw Hanska running toward them, waving his arms frantically. Mary couldn’t make out what he was saying.
“Well, go on,” she tried to coax Kim to move. It seemed silly to make the man run all the way to them, when with a few steps Kim could cover yards.
Whatever he was yelling, Kim seemed to understand. She bowed so that in a few agile Steps Hanska was crouched on the beast’s back, next to Mary.

“Marshall is coming. He needs to run faster.”

The rumble of thunder grew louder, and this time the sound was constant and heading toward them. Thunder didn’t stay constant.
Mary stood and held onto Kim’s frill, so she could see what was approaching.
First, she saw Marshall, running like Hanska had been. And then she saw it, them. The cloud masked their shapes, but Mary knew it was cattle.

Hanska barked a command and Kim lowered her head. Mary squealed as the frill lowered, and the surface she stood on lowered. Hanska placed an arm around her middle.

Hanska’s words were lost to the pounding of hooves as they were surrounded by cattle. Mary had thought the smell of a sauran was offensive. The mass of bovine bodies smelled less like grass and fresh air, as she had come to associate with Kim, but of the reek and stink of manure. But amplified.

Kim bellowed as she faced into the mass of steak dinners on legs, but she did not move.

As suddenly as they were set upon, the onslaught was over.

Mary coughed to clear her lungs of stirred-up dust. She couldn’t see more than a few feet in front of her.

She couldn’t fathom having lost him beneath the hooves of that running hoard.

Coughing came from somewhere below Mary’s perch on the sauran’s back.

“Down here,” Marshall said between coughs.

Mary slid off the sauran’s back, and tackled Marshall in a hug.

“Hey, take it easy. I made it to safety between Kim’s legs just in time.”

Mary blinked back unexpected tears, but she didn’t let go of Marshall. “She’s a good tric isn’t she?”

“Good girl Kim,” Marshall laughed, and kissed the beast on the side of her leg, and then kissed Mary on the temple.