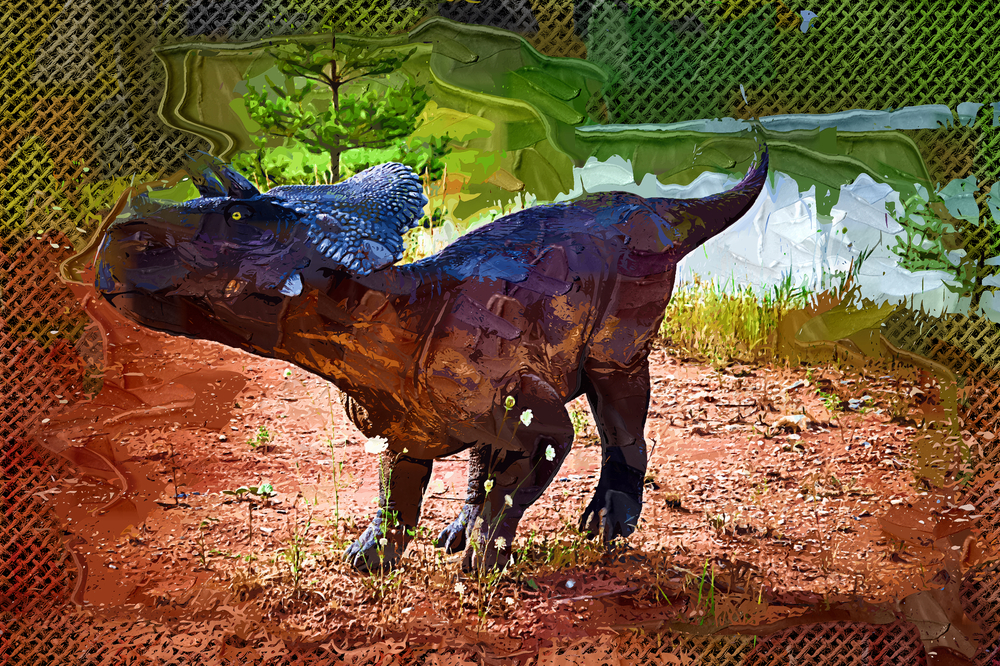 Catch up with Chapter 16…

Mary woke to the comforting sensation of gentle rocking.

Fresh clean air, heavy with the scent of dried grass filled her senses. She was cradled in firm, contoured familiarity. A memory from being a child, held by her mother; but her mother was gone, taken before the blush of youth and beauty had left her cheeks. She nestled in against the… pillows? Too firm for pillows, too perfect to be a couch. She paid the mystery no never-mind and let herself sink back into the nothing of sleep.

A bellowing whine jolted Mary awake. The smell, the rocking, the noise. A sauran! She screamed and tried to scramble out of the cocoon of cozy she had created on the couch. She intended on screaming a second time as she realized she had been sleeping in Marshall Hunt’s arms.

Suddenly she found herself short of breath. The audacity, the arrogance, the complete and total lack of social decorum! What would Janey say? How would her grandfather react? Surely the impropriety would send him to an early grave.

Mary swiveled her head to look at the man who spoke. Behind Marshall stood a painted Native man, from one of the plains tribes, a…

She gulped. She would not resort to the scare tactics of sensationalist journalism. She would form her own opinions. Besides, Marshall seemed perfectly at ease. He was ridiculously relaxed considering their perilous predicament.

“I think she’s more afraid of me than the tric,” he said with a wry chuckle. “Mary, Miss Dyer,” Marshall’s tone was commanding. “You are perfectly safe. There are no bandits; this beast has no interest in eating you. And if you insist on continuing to thrash about, I may accidentally let go, and drop you.”

Mary’s eyes went wide at the threat, all while her insides felt like molten honey, all hot and gooey from the tone of his voice.

“I… I… I’m not a personal fanatic when it comes to large animals. I can barely tolerate horses.” She managed to squeak out. She trembled in her attempt to hold still while allowing Marshall’s arm to drape around her middle like some safety strap.

She cast her gaze back to the Native man behind Marshall. “I apologize for scaring your triceratops, sir.”

“Kim?” Mary blinked in surprise. “I was expecting something more…”

She bit her tongue before she could say something offensive. She was uncertain how to ask things without sounding foolish, or worse rude. She may have grown up in the company of a certain class of people, people who frequently let their manners slip when dealing with anyone different from themselves. She did not doubt that Pythagoras would be such a flagrant snob. And to think she had been thrilled when he was courting her.

Mary believed that everyone deserved manners, no matter where they came from.

Mary felt the blush of embarrassment burn her cheeks. “I’m sorry, I did not mean to offend. But I always considered Kim to be…” she paused searching for the least offensive, least ignorant way to phrase her question. “I wasn’t aware that Kim was also a native name,” she ended up blurting out.

Marshall gently chuckled around her. His shifting motion reminded her of her predicament.

“Her name is Kimimela, Kim for short,” Hanska explained.

“Kimimela,” Mary repeated, mostly to feel the way the name rolled off her tongue in a delightful tripping of sound.

The triceratops made a huffing, almost purring sound as if she recognized her name being bandied about.

“It’s a beautiful name,” she said.

The beast made her nervous. Unfortunately, she wasn’t exactly certain which beast she meant at the moment. Marshall or the triceratops.

What’s in store for Mary? How will she get to San Francisco now?
Find out in the next installment…