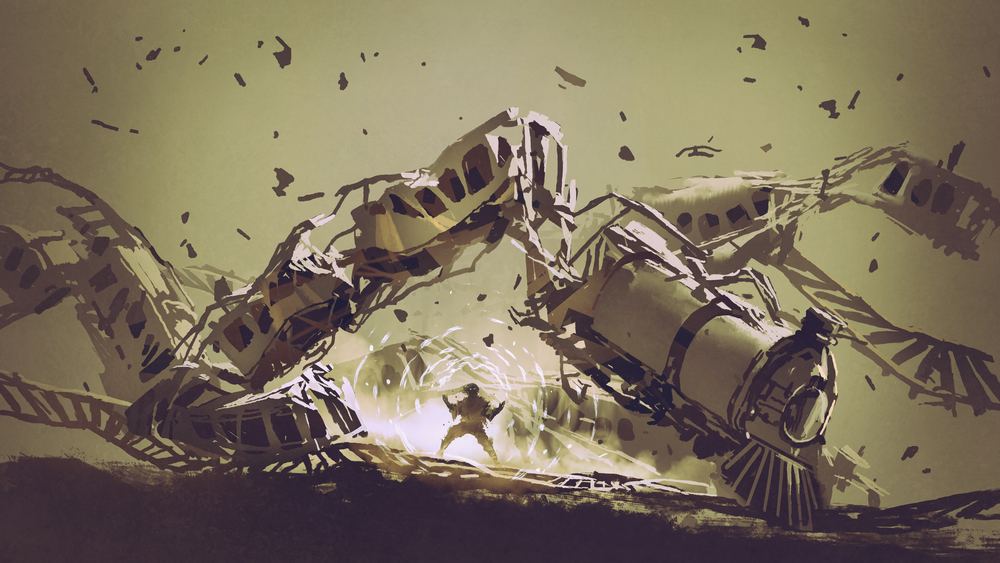 Catch up with Chapter 14…

The train car continued to rock, each new motion now with an accompanying rumble and crash.

Mary struggled into her coat as Marshall pushed her down the aisle to the front of the car.

“Hurry before they hit—”

The entire car quaked and tilted at an extreme angle before crashing back down. The impact drove Mary to her hands and knees.

Before she had time to gasp in a shocked breath Marshall had a firm hand under her arm and hauled her back to her feet.

“Bandits. They’re going to derail us if the engineer doesn’t stop. Damn it!” Marshall pulled Mary up short before they reached the door that would open between cars. “Get ready to jump. When I say go, you go. Do not hesitate. Understand?”

“Do. You. Understand?” he asked again with clipped barks of words.

Mary sucked in a resolved breath, clenched her jaw and nodded. Her focus was through the window and out on the platform she knew Marshall expected her to leap across.

In a split second, the door crashed open, the train car rocked off a set of wheels, Marsha pushed and yelled, “Jump, Now!”

Mary didn’t hesitate. She bolted through the door and jumped straight into the car opposite.

She skidded and fell among a clutter of downed packages and screaming passengers.

She was up and running the second she felt Marshall behind her. His touch lifting her to her feet and propelling her forward.

This car didn’t rock with as much force, she could tell they were farther away from whatever force these bandits were using to batter the train to a stop.

At the end of the second train car Marshall stopped Mary. He turned her so she faced him.

His grip tightened on her upper arms. “This next time we jump together.”

Mary could barely comprehend his words. Jump together. Did he mean holding hands? She nodded as the car jostled with violence that suggested the engineer was not going to stop and the bandits would have to knock the train off the rails if they really wanted to rob it.

Marshall let go of her arms and leaned over. He hiked up her skirts and handed her a handful of fabric.

“Seriously woman, now is not the time. You can berate me after I get you off this cursed train.”

With that he lifted her up as if she were a bundle, positioning her legs around his waist.

“Lock your ankles together and hold on tight,” he directed.

He tucked her head close down to his chest as she tried to turn and watch where he was headed.

“Hold tight. I’ve got you. But I need you to hold on with everything you have.”

Mary clenched Marshal as close as she could. His movements felt strong and forceful under her hold. He ran. The breath caught in her throat, and her heart stopped as Marshall launched them into the air. For a moment, she felt like she was flying. She wanted to see what the world looked like from flight, but fear kept her head down, eyes closed, and face buried into Marshall’s chest.

Find out how they get off the train… in March…