Where Mary discovers just how bad the situation really is… 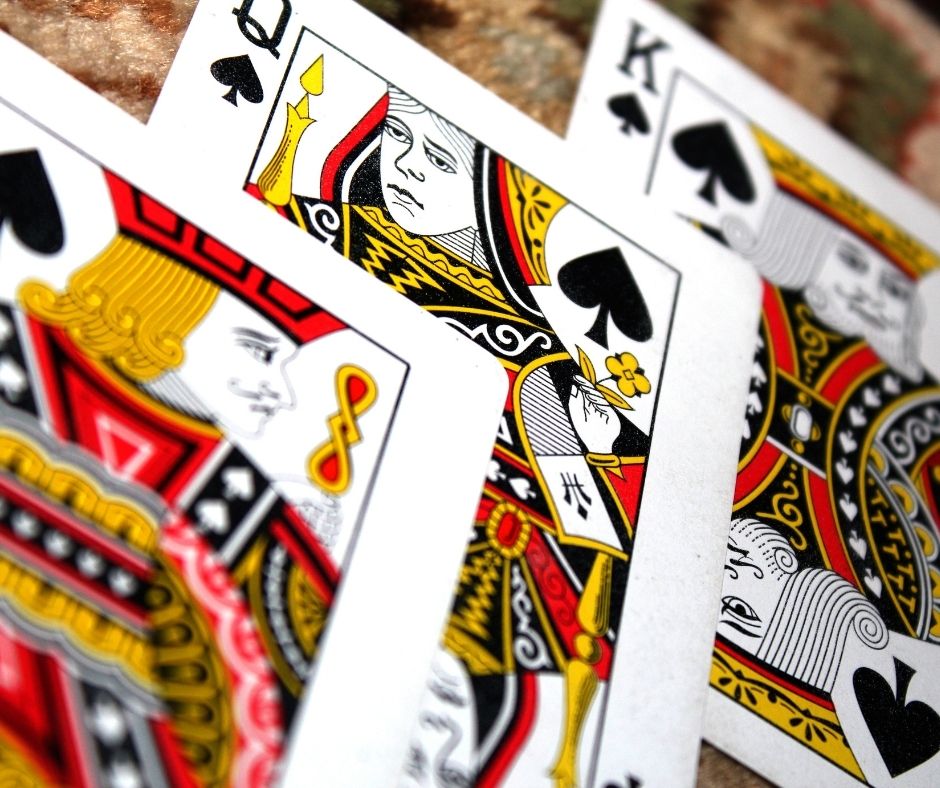 Catch up with Chapter 13…

With a delighted giggle Mary spread out her cards. Ace, King, Queen, and a pair of nines, all hearts.

Marshall nodded, that irresistible half-grin across his face.

“Looks like you won again,” he said as he slid a penny across the table to Mary’s side. She had a collection of pennies gathered near her elbow, a testament to her winning streak.

“This game is easy. I don’t know why Grandfather objected so strenuously to it.”

“Maybe he didn’t win with the same ease.” He folded his cards, and reached for the stack of cards.

Mary’s hand shot out and grabbed his wrist, stopping his motion.

“What did you have? How badly did I beat you?”

“You thoroughly whipped me.” He continued to pull the cards together.

Mary tugged against his wrist, unrelenting in her desire to see how wide of a spread she won by.

One of Marshall’s cards slipped. She snatched it.

A ten of spades. A decent card to have, but it wouldn’t do him any good if the rest were mix-matched suits and low numbers.

Mary grabbed at his cards again.

He yanked his arm away from her, and held his cards high out of her reach.

With and huff and a determined set to her chin Mary stood up and leaned far over the table, struggling to get to the cards in his outstretched hand.

“Why won’t you let me see the cards?” she asked with a frustrated grunt.

“Why do you need to see them so badly?”

Mary sat with a thump. She crossed her arms and pushed her lower lip out in a curled pout.

“A little bird’s gonna come in here and sit on that lip,” he said with a wink.

His wink flustered her. She sucked her lip back into her mouth and anchored it in place with a bite.

“Damn, if you’re gonna look at me with your eyes all big like that.” Marshall sighed heavily and slid the cards, face down across the table.

Mary squirmed in delight, she had won another battle against the intimidating Marshall Hunt. She grabbed at the cards.

The train rocked with more aggressive force than when it had been buffeted by gale winds of the night before. The passenger compartment went silent. Another hard rock, and several passengers gasped in fear.

“Never mind the cards,” Marshall yelled. “Get your coat.”

“What? But…” Mary looked at the cards in her hands. Spades a royal flush. “You let me win,” she said in a small voice.

Her heavy coat hit her in the face. She looked up at Marshall, his Stetson already rammed down onto his head.

“Put your coat on woman, we’ve got to get out of here before this train comes off its rails!”

Find out how they get off the train… in January…