Where Mary learns when to hold ‘em, and when to fold ‘em… 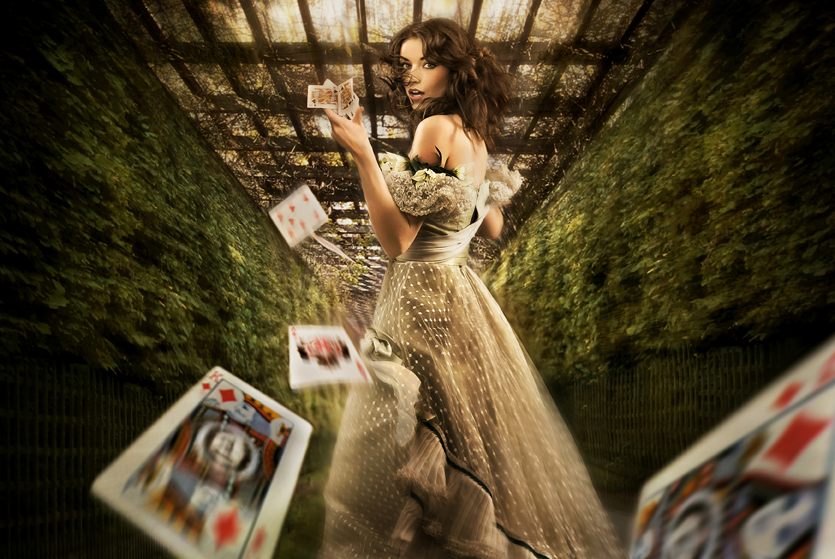 Catch up with Chapter 12…

The bed rocked something fierce. Mary pushed up to see whatever was happening. Chicago didn’t have earthquakes. Or did it?

Several things happened in quick succession. Mary realized she was on a train. She attempted to sit up, only to bump her head on the ceiling of her birth. Startled, she jumped and rolled out of the pull-down bed, and landed in Marshall Hunt’s arms.

She smiled and let out a nervous giggle. This man who caught her.

He lowered her to the floor, bracing her against his body with one arm, while he braced the other against the bunk. The train rocked fiercely.

“Did the storm wake you?” Marshall asked in lowered tones.

With a few vision clearing blinks, Mary realized the car was dimly lit. Other passengers rested in pull-down births, similar to the one she had so suddenly exited, or they slept with their heads flung back, and mouths open.

“I’m sorry, did I disturb your rest?” She knew she should push away from him. She shouldn’t allow herself to be held so close to him this way.

To her disappointment, Marshall eased her away and onto the rear-facing couch.

“Not at all. You were restless, so I was already up and checking on you. Are you feeling much better?”

Mary pressed her fingers to her face, wanting to grind her fists into her sleep-filled eyes, but knowing that was not lady-like. Taking quick stock of her predicament, she discovered that she no longer wore her overcoat, hat, or shoes. But the rest of her wardrobe was in place, if not wrinkled.

“Yes, I think I’m better. No. I know I’m better.” She reached forward for his hand and gave it a quick squeeze. She no longer cared about polite displays of affection. He saved her. “You saved me.”

“I was in the right place at the right time to catch you. You wouldn’t have fallen far,”

“That’s not what I meant. I have never been so concerned for my person as those painfully long moments between being pulled onto the train and seeing you once more.”

Marshall chuckled, “It was all of three minutes tops.”

“No, it was infinite and ever-expanding. In that time I saw my entire life destroyed. My future was bleak and meaningless. I realized my past has been frivolous and superficial. I wouldn’t know how to survive on my own.”

She leaned forward again, pressing her fingers to his mouth. “You say it was moments, but to me, it was a vast and expansive as the Pacific Ocean. Time stopped and I came face to face with an ugly reality. I am not cut out for this life of adventure. My quiet life has not prepared me for anything. I don’t even know how to play cards.” Mary sat back with a sniffle and clapped her hand across her own mouth. How could she even utter such words? A lady of polite society would never play more than a game of bridge with like-minded ladies. But Mary didn’t even know that. Cards were a sign of gambling and wantonness. At least in her grandfather’s house, they were.

Marshall eased back against the cushions of his own couch with a smirk and a glint in his eyes. “I guess we’d better take advantage of this time together and teach you how to play cards.”

Read the next installment, Chapter 14…