Where Mary forgoes decorum in her relief… 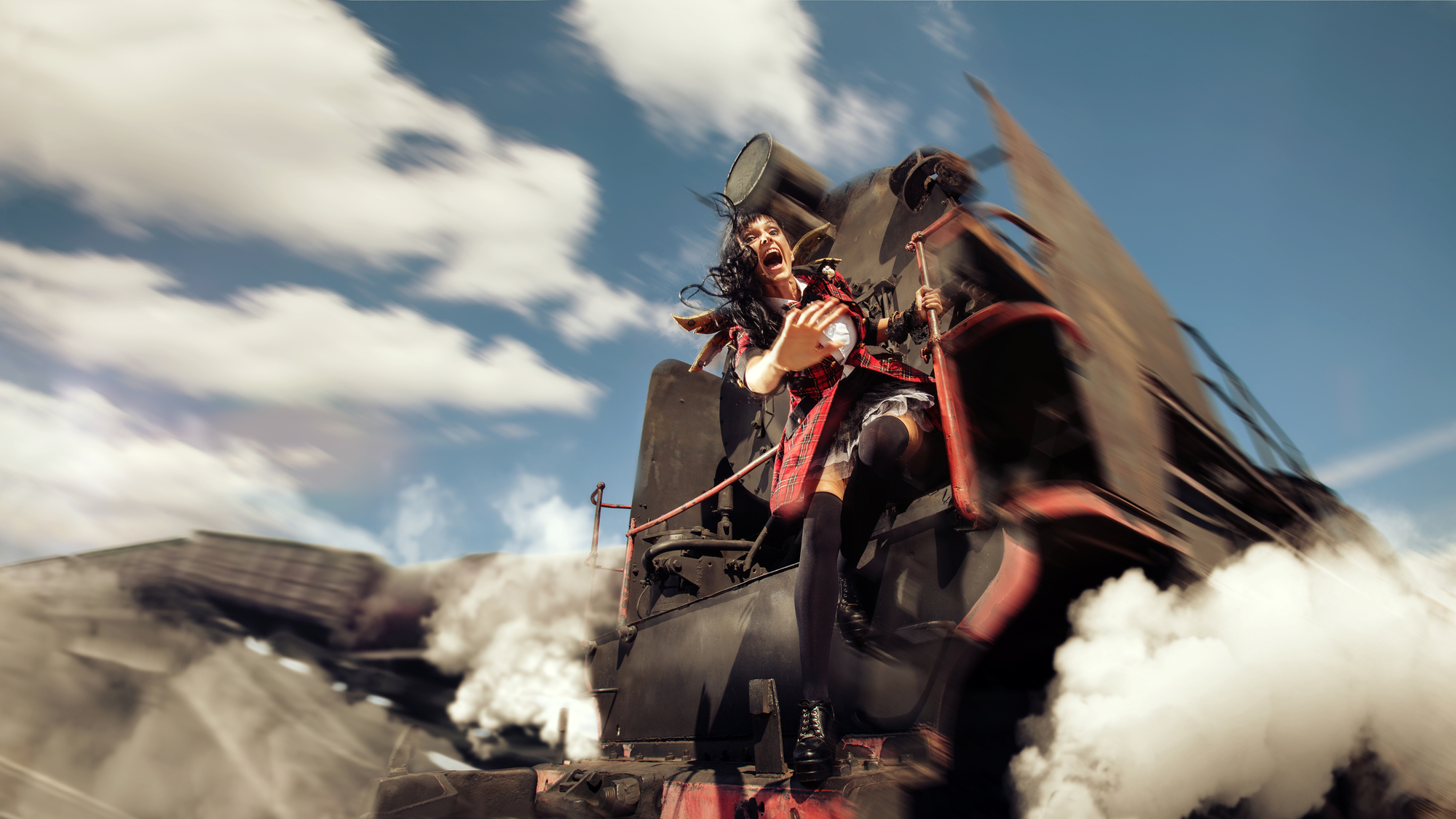 Catch up with Chapter 11…

With a cry Mary dropped the hat she clutched tight to her bosom. She flung herself at the man who lounged so carelessly on the couch the conductor had indicated as hers.

She pressed her face into his chest and clutched hand fulls of the rough fabric of his clothing. The sobs she could barely contain on the interminable walk from boarding to here escaped on a hard gasp for air.

She drowned in fear and relief. Unable to manage unfamiliar emotions. Emotions she had never experienced in her over-protected life.

A comforting pressure anchored her in place as she cried. She was safe. She was saved, and that’s all she knew. The horrors of abandonment flickered through her mind like a racing zoetrope, only to be replaced with one still calm image. The image of Marshall Hunt. But not the image of him lounging and smirking, or of him glowering at her as he was want to do. But the image that was carved into her mind was of him smiling down at her, blue eyes twinkling with mirth.

Mary’s crying subsided to a stream of constant sniffs and quavery lip. The tears continued to flow, but she no longer sobbed. She slowly came to the realization of her predicament. The firm comfort she felt belonged to the strong arms that held her securely in place against Marshall’s chest.
Her breathing quavered as she assessed her situation. She was safe, but the car was open, and the other passengers could see. She knew in their politeness they would pretend not to notice. She also knew that pretense was a thin veneer of a façade that hid judgmental glares, gossip, and two-faced false friendships. She knew this well because she and Janey had been like that. Sweet as pie at face value, and shallow and undependable when it came right down to it.

If she stayed wrapped in Marshall’s embrace, she would be protected from the oblique glances and sneers hidden behind the masks of propriety. He would stare the false niceties down, and his glare would silence any busy-body gossip. For once in her life, she understood what it felt like to be truly protected, and not merely hidden behind a barrier of money and manners.
She held still. Not loosening her grip on him in any form. She should move, but she didn’t want to. If she let go she would have to return to the world of prying eyes and arranged marriages.

“You all right there Mary?” His voice was softer and soothing than she ever imagined it could be.

A soft kerchief fluttered in front of her nose. She braved releasing the grip of one hand to snatch at the fabric and wipe at her face with it. With as much decorum as she could muster she blew her nose.

The chest under her face rocked with a soft chuckle and the arms around her adjusted and shifted her position.

Oh dear lord. How long had she been sitting on him? Did it matter? Would he allow her to sit here for the rest of the journey? Here she could pretend there was no one else on board the train. Here she could let the motion of the train and the warmth of Marshall’s body lull her to sleep.

He shifted again, getting the small woman in his embrace into a more comfortable position as it looked as if she would be here in his arms for a might bit longer than he had ever expected.

After he managed to get her successfully onboard, he knew there was no way he could catch up. He slowed ever so slightly allowing the locomotive to move ahead. With ease, he caught the railing between the next set of cars and swung himself on board.

Surprised not to see Mary with her little nose wrinkled in disdain waiting for him in their seats, he made himself comfortable in the way that would boil her tea kettle the most. But she didn’t stare at him like some lowly cockroach. No, she was ashen pale, and clutched his Stetson as if it were the only thing keeping her alive. He didn’t question his good luck when she landed on him with the force of a broken heart and fear. He knew the sound of those sobs entirely too well.

She was safe. He would protect her.

A clap of thunder rumbled through his chest, and he realized a week in her presence would never be enough, but it was all he had. He wasn’t going to put her down while she slept. Not when he knew it was probably the only time in his life she would allow him to hold her.

Tune in to the next installment…